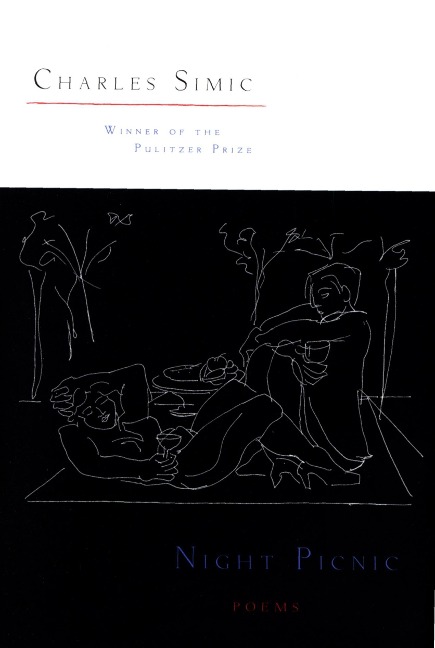 The Pulitzer Prize-winning poet "illuminates the shadow side of life in poems as perfectly formed and directed as the beam of a flashlight" (Booklist).

The poems in Charles Simic's new collection evoke a variety of settings and images, from New York City to small New England towns; from crowds spilling onto the sidewalk on a hot summer night to an abandoned wooden church and a car graveyard overgrown with weeds. His subjects range from a bakery early in the morning to the fingerprints on a stranger's front door; from waiters in an empty restaurant to the decorations in a window of a funeral home; from a dog tied to a chain to a homeless man sleeping at the foot of a skyscraper; and other moments of solitude and clear vision.

"What is beautiful,' he writes in one poem, "is found accidentally and not sought after. What is beautiful is easily lost." Simic is the metaphysician of the ordinary, a poet who reminds us of the mysteries of our daily lives.

"This first book of poems since 1999's Jackstraws continues Simic's familiar, unsettling methods and extends them into the terrain of older age... Simic remains a powerful, and funny, chronicler of an individual world one where pastry, omelets and queen-size beds offer their ambiguous pleasures, and where, inseparably, 'the butchery of the innocent/ Never stops.' It is a world that should be familiar." -Publishers Weekly

"Nabokovian in his caustic charm and sexy intelligence, Simic perceives the mythic in the mundane and pinpoints the perpetual suffering that infuses human life with both agony and bliss." -Booklist