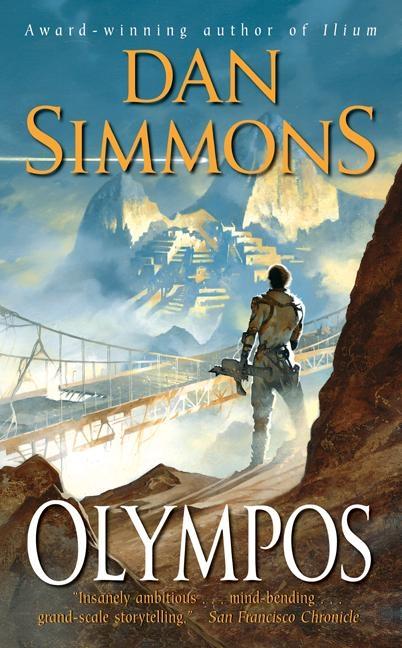 Beneath the gaze of the gods, the mighty armies of Greece and Troy met in fierce and glorious combat, scrupulously following the text set forth in Homer's timeless narrative. But that was before twenty-first-century scholar Thomas Hockenberry stirred the bloody brew, causing an enraged Achilles to join forces with his archenemy Hector and turn his murderous wrath on Zeus and the entire pantheon of divine manipulators; before the swift and terrible mechanical creatures that catered for centuries to the pitiful idle remnants of Earth's human race began massing in the millions, to exterminate rather than serve.

And now all bets are off.

Dan Simmons is the Hugo Award-winning author of Hyperion and The Fall of Hyperion, and their sequels, Endymion and The Rise of Endymion. He has written the critically acclaimed suspense novels Darwin's Blade and The Crook Factory, as well as other highly respected works, including Summer of Night and its sequel A Winter Haunting, Song of Kali, Carrion Comfort, and Worlds Enough & Time. Simmons makes his home in Colorado.