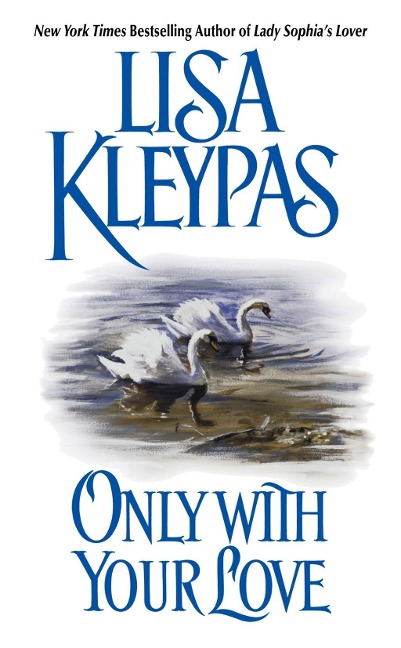 Only With Your Love

Celia Vallerand fears for her life as she stares into the deep, arresting eyes of the dashing man who purchased her from the brigands who had abducted her. But it soon becomes clear that it's her virtue, not her life, that's in danger. The rugged, powerful renegade known only as "Griffin" arouses desires in Celia as dangerous as they are forbidden. And though she knows she must resist him, she fears she may be unable to do so.

But the magnificent adventurer is a man trapped in a perilous deception. And the shocking secrets he guards could deny him the love of the fair captive lady who has enslaved his reckless heart.

New York Times bestselling author Lisa Kleypas graduated from Wellesley College with a political science degree. She's a RITA award-winning author of both historical romance and contemporary women's fiction. She lives in Washington State with her husband Gregory and their two children.