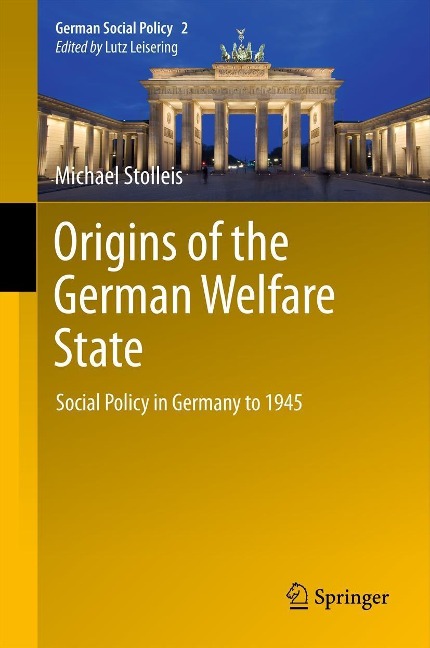 Origins of the German Welfare State

This book traces the origins of the German welfare state. The author, formerly director at the Max-Planck-Institute for European Legal History, Frankfurt, provides a perceptive overview of the history of social security and social welfare in Germany from early modern times to the end of World War II, including Bismarck's pioneering introduction of social insurance in the 1880s. The author unravels "layers" of social security that have piled up in the course of history and, so he argues, still linger in the present-day welfare state. The account begins with the first efforts by public authorities to regulate poverty and then proceeds to the "social question" that arose during the 19th-century Industrial Revolution. World War I had a major impact on the development of social security, both during the war and after, through the exigencies of the war economy, inflation and unemployment. The ruptures as well as the continuities of social policy under National Socialism and World War II are also investigated.

Michael Stolleis is Director of the Max-Planck-Institute for European History of Law, Frankfurt a. M. He has been awarded honorary doctorates and prizes, including the Leibniz Prize, the Research Award Stockholm and the Balzan Prize (Milan).

Lutz Leisering, the Editor, is Professor for Social Policy and Director at the Institute for World Society studies, University of Bielefeld. He took his Ph.D. at the London School of Economics. He has published widely on European and global social policy.