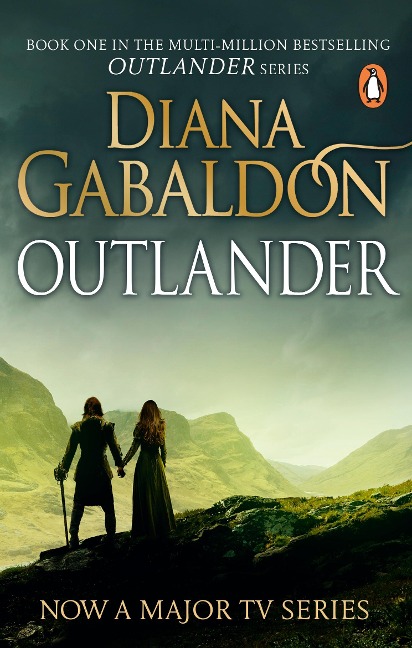 THE FIRST NOVEL IN THE BESTSELLING OUTLANDER SERIES, as seen on Amazon Prime

1946, and Claire Randall goes to the Scottish Highlands with her husband Frank. It's a second honeymoon, a chance to re-establish their loving marriage. But one afternoon, Claire walks through a circle of standing stones and vanishes into 1743, where the first person she meets is a British army officer - her husband's six-times great-grandfather.

Unfortunately, Black Jack Randall is not the man his descendant is, and while trying to escape him, Claire falls into the hands of a gang of Scottish outlaws, and finds herself a Sassenach - an outlander - in danger from both Jacobites and Redcoats.

Marooned amid danger, passion and violence, her only chance of safety lies in Jamie Fraser, a gallant young Scots warrior. What begins in compulsion becomes urgent need, and Claire finds herself torn between two very different men, in two irreconcilable lives.
_________________________
With more than 20,000 5-star ratings on Amazon and 25 million copies sold worldwide, OUTLANDER is among the most popular book series of all time. Begin your journey into the Highland past here...

B is for Burglar

They Do It With Mirrors (Marple, Book 6)

A Murder is Announced (Marple, Book 5)

The Things I Would Tell You