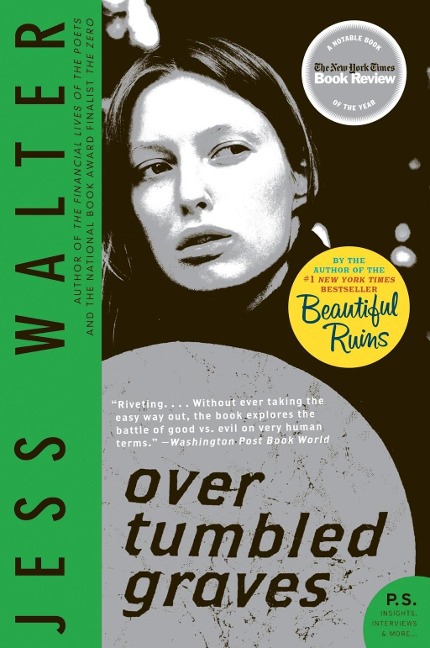 A New York Times Notable Book of the Year

?Riveting. . . . Without ever taking the easy way out, the book explores the battle of good vs. evil on very human terms.? ?Washington Post Book World

Dark in mood and rich in character, Over Tumbled Graves by #1 New York Times bestselling author Jess Walter is that rare thriller that manages to be at once viscerally gripping and deeply provocative

During a routine drug bust, on a narrow bridge over white-water falls in the center of town, Spokane detective Caroline Mabry finds herself face-to-face with a brutal murderer. Within hours, the body of a young prostitute is found on the riverbank nearby. What follows confronts our fascination with pathology and murder and stares it down, as Caroline and her cynical partner, Alan Dupree?thrown headlong into the search for a serial murderer who communicates by killing women?uncover some hard truths about their profession . . . and each other.

Rich with the darkly muted colors of the Pacific Northwest skies, Over Tumbled Graves established Jess Walter as a novelist of extraordinary emotional depth and dimension.

Jess Walter is the author of six novels, including the bestsellers Beautiful Ruins and The Financial Lives of the Poets, the National Book Award finalist The Zero, and Citizen Vince, the winner of the Edgar Award for best novel. His short fiction has appeared in Harper's, McSweeney's, and Playboy, as well as The Best American Short Stories and The Best American Nonrequired Reading. He lives in his hometown of Spokane, Washington.