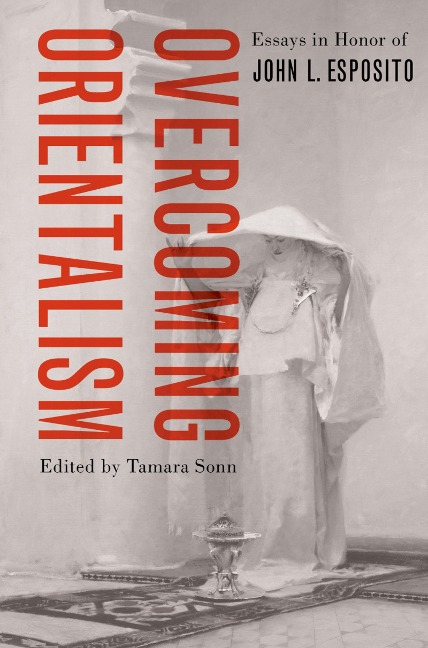 Orientalism is the term applied to scholarship that reduces Islam and Muslims to stereotypes of ignorance and violence in need of foreign control. It has been used to rationalize Europe's colonial domination of most of the Muslim world and continued American-led interventions in the post-colonial period. In the past 30 years it has been represented by claims that a monolithic Islam and equally monolithic West are distinct civilizations, sharing nothing in common and, indeed, involved in an inevitable "clash" from which only one can emerge the winner. Most recently, it has appeared in Alt Right rhetoric. Anti-Muslim sentiment, measured in public opinion polls, hate crime statistics, and legislation, is reaching record levels.

Since John Esposito published his first book nearly 40 years ago, he has been guiding readers beyond such politically charged stereotypes. The essays in this volume highlight the contributions of scholars from a variety of disciplines who, like -- and often inspired by -- John Esposito, recognize the misleading and politically dangerous nature of Orientalist polarizations. They present Islam as a multi-faceted and dynamic tradition embraced by communities in globally interconnected but substantially diverse contexts over the centuries. The contributors follow Esposito's lead, stressing the profound commonalities among religions and replacing Orientalist discourse with holistic analyses of the complex historical phenomena that affect developments in all societies. In addition to chapters focusing on diversity among Muslims and interfaith relations, this collection includes chapters assessing the secular bias at the root of Orientalist scholarship, and contemporary iterations of Orientalism in the form of Islamophobia.

Tamara Sonn is the Hamad Bin Khalifa Al-Thani Professor in the History of Islam, and director of the Alwaleed Center for Muslim-Christian Understanding at the Walsh School of Foreign Service, Georgetown University. Her most recent books include Islam and Democracy After the Arab Spring (with John L. Esposito and John O. Voll), Islam: History, Religion, and Politics, and Is Islam an Enemy of the West? She is founding editor-in-chief of Religion Compass, Oxford Bibliographies Online--Islamic Studies, and senior editor of Oxford Islamic Studies Online and Oxford's Encyclopedia of the Islamic World, as well as Oxford Research Encyclopedia of Religion.

2. 'After Enlightenment, Return to the Marketplace: The Scholar's Responsibility for a Broken World
Karen Armstrong

3. The Secular Bias and the Study of Religious Politics: On John Esposito, Michael Walzer, and Political Islam
Nader Hashemi

DIVERSITY IN ISLAM: Whose Islam?

5. Looking for the Caliphate in All the Wrong Places: ISIS and Its Reading of Scripture
Asma Afsaruddin

7. Building Muslim-Buddhist Understanding: The Parallels of Taqwa/Allah Consciousness in the Qur'an and Satipatthana/Mindfulness in Anapanasati Sutta
Imityaz Yusuf

9. The Social Construction of The Racial Muslim
Sahar Aziz

11. Islam and Exceptionalism in the Western Policy Imagination
Peter Mandaville

12. Pluralism, Authority, and Islamophobia: Shari`a and Its Discontents in North America
Mohammad Fadel