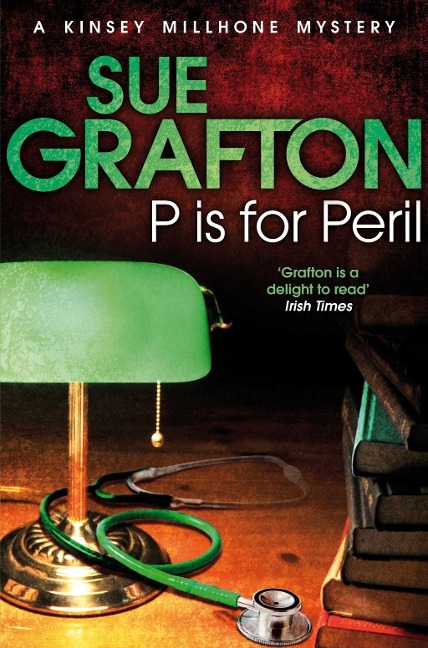 P is for Peril is the sixteenth in the Kinsey Millhone mystery series by Sue Grafton.

It is now nine weeks since Dr Dowan Purcell vanished without trace. The sixty-nine-year-old doctor had said goodnight to his colleagues at the Pacific Meadows nursing home, had climbed into his car and driven away - never to be seen again.

His embittered first wife Fiona is convinced he is still alive. His second wife, Crystal - a former stripper forty years his junior - is just as sure he is dead. Enter private investigator Kinsey Malone, hired by Fiona to find out just what has happened to the man they loved.

Enter also Tommy Hevener, an attractive flame-haired twenty-something who has set his romantic sights on Kinsey. And Tommy is a man with a very interesting past . . .