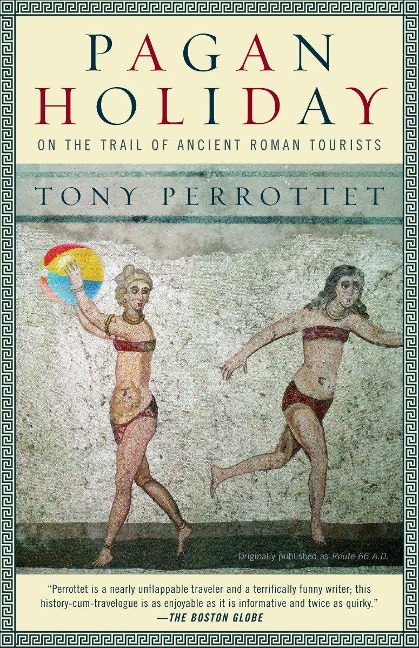 Pagan Holiday: On the Trail of Ancient Roman Tourists

The ancient Romans were responsible for many remarkable achievements—Roman numerals, straight roads—but one of their lesser-known contributions was the creation of the tourist industry. The first people in history to enjoy safe and easy travel, Romans embarked on the original Grand Tour, journeying from the lost city of Troy to the Acropolis, from the Colossus at Rhodes to Egypt, for the obligatory Nile cruise to the very edge of the empire. And, as Tony Perrottet discovers, the popularity of this route has only increased with time.

Intrigued by the possibility of re-creating the tour, Perrottet, accompanied by his pregnant girlfriend, sets off to discover life as an ancient Roman. The result is this lively blend of fascinating historical anecdotes and hilarious personal encounters, interspersed with irreverent and often eerily prescient quotes from the ancients—a vivid portrait of the Roman Empire in all its complexity and wonder.

Tony Perrottet has written for The New York Times, Esquire, Outside, Civilization, Islands, and The Sunday Times (London), among other publications. He is Australian and lives in Manhattan with his wife and son.