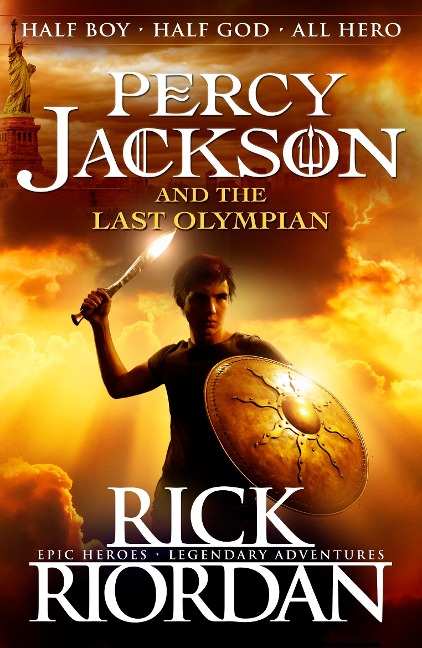 Half Boy. Half God. ALL Hero.

Most people get presents on their sixteenth birthday. I get a prophecy that could save or destroy the world.

It happens when you're the son of Poseidon, God of the Sea.According to an ancient prophecy, I turn sixteen and the fate of the entire world is on me. But no pressure.

Now Kronos, Lord of the Titans, is beginning his attack on New York City. And the dreaded monster Typhon is also heading our way. So it's me and forty of my demi-god friends versus untold evil . . .

'Riordan takes the reader back to the stories we love; then shakes the cobwebs out of them' Eoin Colfer

'Witty and inspired. Gripping, touching and deliciously satirical' The Times

'Puns, jokes and subtle wit, alongside a gripping storyline' Telegraph

'Perfectly paced, with electrifying moments chasing each other like heartbeats' New York Times

'Funny . . . very exciting . . . but it's the storytelling that will get readers hooked. After all, this is the stuff of legends' Guardian

The Trials of Apollo series:
The Dark Prophecy
The Hidden Oracle
The Burning Maze