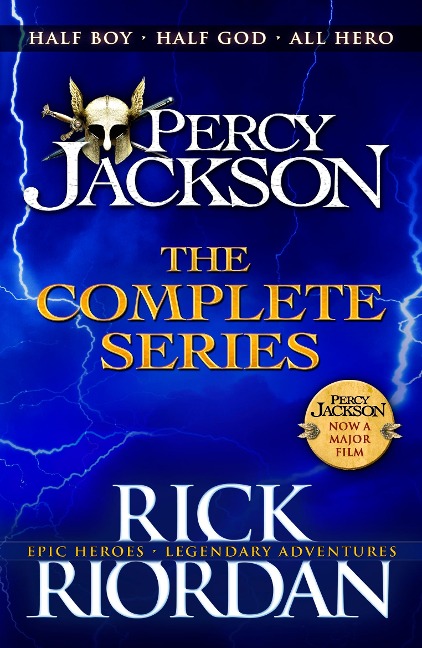 All five novels in the bestselling, blockbuster Percy Jackson series, collected in one stunning digital edition.

I was just a normal kid, going to school, playing basketball, skateboarding. The usual. Until I accidentally vaporized my maths teacher.

'Look, I didn't want to be a Half-Blood. I never asked to be the son of a Greek God.'

Percy Jackson: The Complete Series includes all five novels in the action-packed, electrifying series from Rick Riordan: The Lightning Thief, The Sea of Monsters, The Titan's Curse, The Battle of the Labyrinth, and The Last Olympian.

Now I spend my time battling monsters and generally trying to stay alive.

The Percy Jackson series has sold over 1.25 million copies in the UK alone

Vegan Cupcakes Take Over the World

The Fork, the Witch, and the Worm

The Tyrant's Tomb (The Trials of Apollo Book 4)

Warriors #1: Into the Wild

Lockwood & Co: The Dagger in the Desk

Percy Jackson and the Greek Heroes

9 From the Nine Worlds

The Staff of Serapis