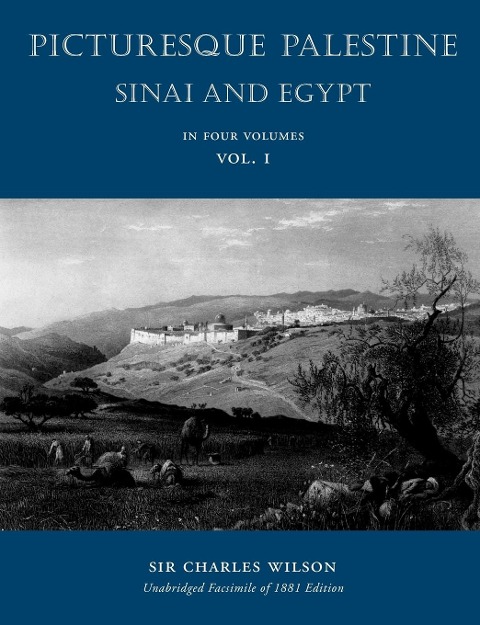 Sinai and Egypt: Volume I

Christians of all denominations, as well as broad-minded people of many faiths, have for centuries been fascinated with the story of the earthly travels of Jesus Christ. For many, however, especially in the days before travel became as easy as it has now become (and before the advent of photography), there was little chance of developing a concrete feeling for the terrain, the places and people, the customs and usages, of the land through which Christ walked and taught. However, the nineteenth century, especially the latter third, provided a unique opportunity to fill this need, for at that time, before the rapid modernization and, to some extent, secularization that was soon to overrun the Holy Land, it was still possible to wander these mountains and valleys, these shores and plains, and experience in many regions conditions not so very different from those that prevailed at the time of the events described in the New Testament. In addition, it had become possible to transport the necessary equipment for producing wood and metal engravings, and, toward the end of the century, early photographic gear as well. Although numerous travel accounts-many drawing on the expertise of biblical scholars and archeologists-stem from this time, one of the most respected, and at the same time profusely illustrated, works of such early documentary adventurers and explorers is this four-volume work, edited by Sir Charles Wilson, entitled Picturesque Palestine, Sinai and Egypt. The expertly written text is provided by a host of respected authorities of the time, who combined a scholarly disposition with a love of first-hand experience, through travel, of their chosen subject. It was indeed an exciting time. Even as such a magnificent set of tomes, with lavish illustrations, had to await a time when it could finally be produced, so now, using new printing technologies, we are able to rescue this priceless set from oblivion. First published in 1881, this work has been out of print for over a century, and highly sought after by scholars, libraries, and collectors. Indeed, more often than not, remaining copies of this rare set have been dismembered and sold piecemeal, illustration by illustration. And so it with great pleasure, indeed joy, that Reviviscimus Press has undertaken to bring this wonderful work back into print. We hope it will enrich and nourish a whole new generation of readers.