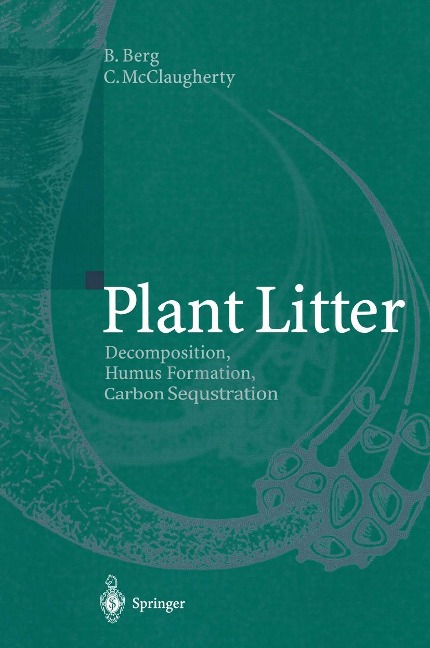 When starting our work on this book we intended to summarize and synthesize the new information that had developed in the last 20-30 years in the field of plant lit­ ter decomposition. It turned out, however, that the main part of more recent work was directed towards boreal and temperate forest systems and therefore, with a fo­ cus on these ecosystems we finally concluded a synthesis that has a similarity to a case study. Still, we hope that a deeper insight into the behavior of a limited num­ ber of litter species will be of value for a generalization and also for the identifica­ tion of process systems that deviate from those presented here. We have written the book focusing on the transfer from newly shed litter to re­ calcitrant humus, describing and explaining the system of chemical changes taking place in the process both on a mechanistic basis and on a more general and re­ gionallevel, considering different climates and species. As a synthesis, this book gives some new aspects on decomposition that to some of us may be controversial. Thus, the fact that we emphasize the dominant role of microorganisms in the process may be disturbing to many readers, as well as the strong emphasis we give to the fact that humus layers actually do grow over millennia and that at a considerable rate, and thus really sequester e.g. C and N. This book is based primarily on data and conclusions made from field studies.