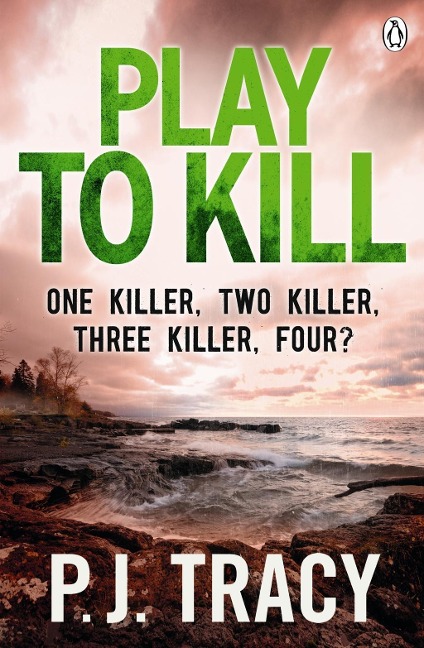 Play to Kill by P.J. Tracy is the fifth novel in the bestselling Twin Cities crime series.

Minneapolis homicide cops Leo Magozzi and Gino Rolseth fish a murdered drag queen out of the Mississippi. Another day, another corpse. Except the victim's death throes quickly appear in a video posted online. And there are other videos, other murders.

Unable to trace who is posting the videos, the cops turn to Grace MacBride and her crew of eccentric computer mavericks. But as the bodies and videos stack up, the team desperately try and answer a terrifying question:

Is this the work of a lone individual? Or of several killers who have taken social networking to the darkest extreme...

P.J. Tracy's cult thriller characters Grace MacBride and Detectives Gino and Magozzi are back for more in the fifth book in the Monkeewrench series. Follow their journeys in the rest of the series:Want to Play?, Live Bait, Dead Run, Snow Blind and Two Evils.

Praise for P.J. Tracy:
'A thrilling page-turner with a nail-biting finish' Sunday Telegraph
'P.J. Tracy is about to become a household name' Daily Mirror

P.J. Tracy is the pseudonynm for the mother-and-daughter writing team of P.J. and Traci Lambrecht. They are the authors of the award-winning and best-selling thrillers Live Bait, Dead Run, Snow Blind, Play to Kill, Two Evils and the Richard and Judy Book Club pick Want to Play?. All six books feature detectives Gino and Magozzi and maverick computer hacker Grace MacBride. P.J. and Traci both live near Minneapolis, Minnesota.