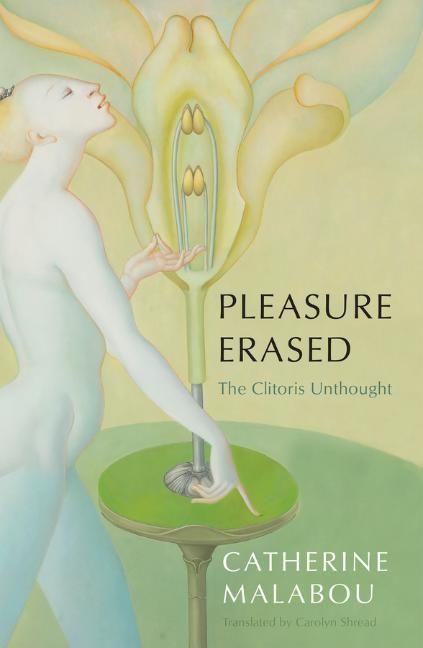 The clitoris was absent in anatomy books, in paintings and sculptures, absent in spirit and even body; it has long been the organ of erased pleasure. We assume that this oversight has been repaired in our times: today, the clitoris is not forgotten but honoured. Conferences, books, manifestos, works of art are all devoted to it. The autonomy of clitoral jouissance is recognized. The boundaries of feminism have also moved: queer, intersex and trans approaches claim that the clitoris is perhaps no longer the exclusive preserve of the woman. And yet, there remains a wounded space. Because genital mutilation is still common practice. Because millions of women are still denied pleasure. The clitoris continues to mark the enigmatic space of the feminine. Constrained by the extreme difficulty and the extreme urgency of returning to this scorched earth, it is time to give voice to an organ of pleasure which has still not become an organ of thought.

Catherine Malabou is Professor of Philosophy at Kingston University London

3. Nymphs 2: Images without Genital
s
4. Nymphs 3: Nadja, Or a Being Without Life

7. Dolto, Lacan and the "Relationship"

8. "The Feminine Sexual Organ is the Clitoris": Carla Lonzi and the Feminism of Difference

9. Luce Irigaray: "Woman is Neither Open nor Closed"

10. "With Tenderness and Respect for the Blameless Vulva"

11. Mutilation and Repair: In Search of le mot juste

14. Ecstasy Zones in the Real

15. Clitoris, Anarchy and the Feminine