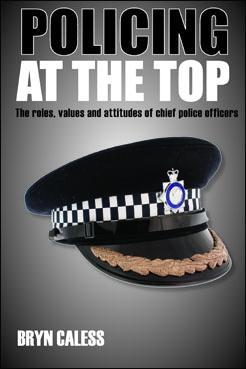 Policing at the top

The roles, values and attitudes of chief police officers

Chief police officers are often shadowy enigmas, even to members of their own forces, yet they make far-reaching strategic command decisions about policing, armed responses, operations against criminals and allocation of resources. What is their background? Where do they come from? How are chief officers selected? What do they think of those who hold them to account? Where do they stand on direct entry at different levels and what do they think of a National Police Force? Bryn Caless has had privileged access to this occupational elite and presents their frank and sometimes controversial views in this ground-breaking social study, which will fascinate serving officers, students of the police, academic commentators, journalists and social scientists, as well as concerned citizens who want to understand those who command our police forces.

Bryn Caless had both an academic and a military career together spanning some 25 years, before being appointed as director of human resources for Kent Police. He served on several strategic national committees for the police, which stimulated his interest in the role of chief officers. After 10 years' service, he now lectures on policing in the Law and Criminal Justice Studies Department of Canterbury Christ Church University.

What Matters in Policing?