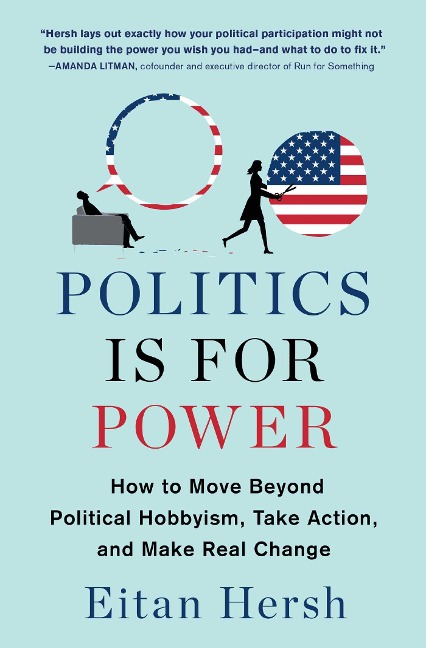 Politics Is for Power

How to Move Beyond Political Hobbyism, Take Action, and Make Real Change

A groundbreaking analysis of political hobbyism?treating politics like a spectator sport?and an urgent and timely call to arms for the many well-meaning, well-informed citizens who follow political news, but do not take political action.

Do you consider yourself politically engaged? Probably, yes! But are you, really? The uncomfortable truth is that most of us have good intentions. We vote (sometimes) and occasionally sign a petition or attend a rally. But we mainly "engage" by consuming politics as if it's entertainment or a hobby. We obsessively follow the news and complain about the opposition to our friends or spouse. We tweet and post and share. The hours we spend on politics are used mainly as pastime.

Instead, political scientist and data analyst Eitan Hersh offers convincing evidence that we should be spending the same number of hours building political organizations, implementing a long-term vision for our local communities, and getting to know our neighbors, whose votes will be needed for solving hard problems. We could be accumulating power so that when there are opportunities to make a difference?to lobby, to advocate, to mobilize?we will be ready. Aided by cutting-edge social science as well as remarkable stories of ordinary citizens who got off their couches and took political power seriously, this book shows us how to channel our energy away from political hobbyism and toward empowering our values.

In an age of political turmoil and as the 2020 election looms, Politics Is for Power is an inspiring, vital read that will make you hopeful for America's democratic future.

Rewriting the Rules of the European Economy: An...

Come As You Are: Revised and Updated

The Death of Homo Economicus

The Case for a Job Guarantee

Don't Even Think About It

The Truth About Modern Slavery

Quitting (previously published as Mastering the...

The Ministry for the Future

Competition is Killing Us

Journey of the Universe

Out of the Wreckage