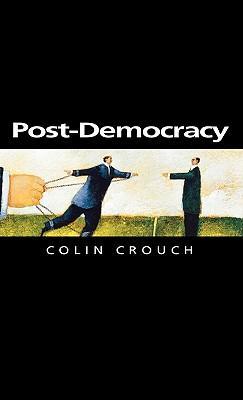 Post-Democracy is a polemical work that goes beyond current complaints about the failings of our democracy and explores the deeper social and economic forces that account for the current malaise.Colin Crouch argues that the decline of those social classes which had made possible an active and critical mass politics has combined with the rise of global capitalism to produce a self-referential political class more concerned with forging links with wealthy business interests than with pursuing political programmes which meet the concerns of ordinary people. He shows how, in some respects, politics at the dawn of the twenty-first century returns us to a world familiar well before the start of the twentieth, when politics was a game played among elites. However, Crouch maintains that the experience of the twentieth century remains salient and it reminds us of possibilities for the revival of politics.This engaging book will prove challenging to all those who claim that advanced societies have reached a virtual best of all possible democratic worlds, and will be compelling reading for anyone interested in the shape of twenty-first-century politics.