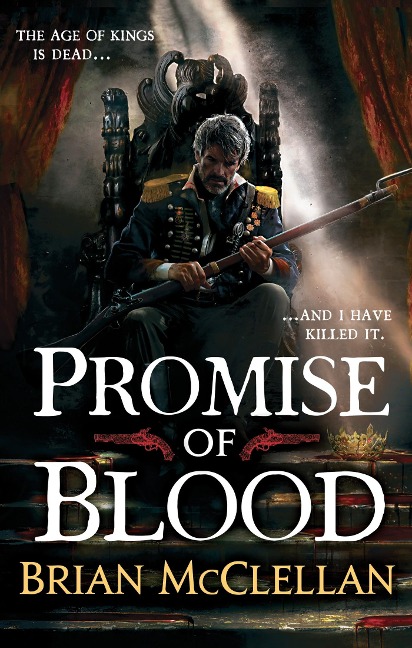 Book 1 in the Powder Mage trilogy

It's a bloody business, overthrowing a king. Now, amid the chaos, a whispered rumour is spreading. A rumour about a broken promise, omens of death and the gods returning to walk the earth.

No one really believes these whispers.

Winner of the David Gemmell Morningstar Award, Promise of Blood is the explosive first novel in the most action-packed and acclaimed new fantasy series in years.

The Powder Mage trilogy:
Promise of Blood
The Crimson Campaign
The Autumn Republic

The Gods of Blood and Powder series:
Sins of Empire
Wrath of Empire

The Woman Who Ran

The Places That Scare You: A Guide to Fearlessness