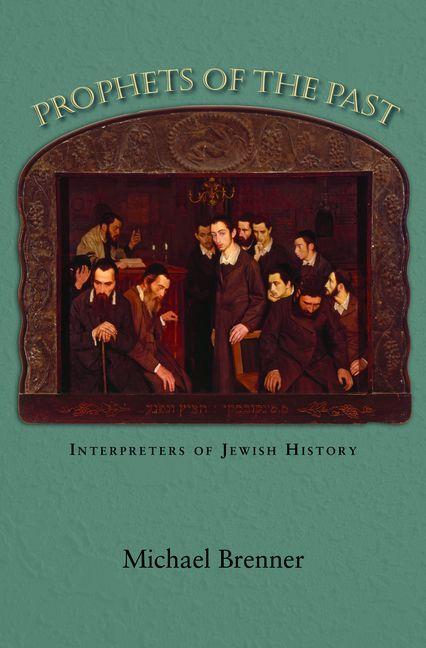 Prophets of the Past

History proved to be a uniquely powerful weapon for modern Jewish scholars during a period when they had no nation or army to fight for their ideological and political objectives, whether the goal was Jewish emancipation, diasporic autonomy, or the creation of a Jewish state. As Brenner demonstrates in this illuminating and incisive book, these historians often found legitimacy for these struggles in the Jewish past.

Wissenschaft des Judentums in the Service

of Reform and Emancipation 17

In the Service of Religious Reform 24

In the Battle for Political Emancipation 27

One Religion among Numerous Nations 42

Chapter 2: Between Religion and Nation

Graetz and His Construction of Jewish History 53

The Battle against Reform and Assimilation 57

Only a History of Suffering and Learning? 60

The Debate with Christianity and Germanness 64

Chapter 3: The Nationalization of Jewish History The View from the East 93

Polish Jewish Historiography between the Wars 106

Under the Soviet Star: Jewish History as Class History 114

New Perspectives in the West 121

Baron in New York: Against the Lachrymose Version of Jewish History 123

Roth in Oxford: More Than a History of Victims 131

From the Salon to the Academy: The Beginnings of Jewish Women's History 136

The Return of Tears: Jewish History versus the History of the "Jewish Question" 144

A Signal in Dark Times: The "Jewish Contribution" to Civilization 151

Chapter 5: The Return of the Nation to Its Land Zionist Narrative Perspectives 157

The Revolt against the Father: The Break with Wissenschaft des Judentums 158

New Fathers: The "Jerusalem School" under Baer and Dinur 171

The Revolt of the Grandchildren: The New Historians 192

From One Jewish Community to Many Jewish Cultures 204