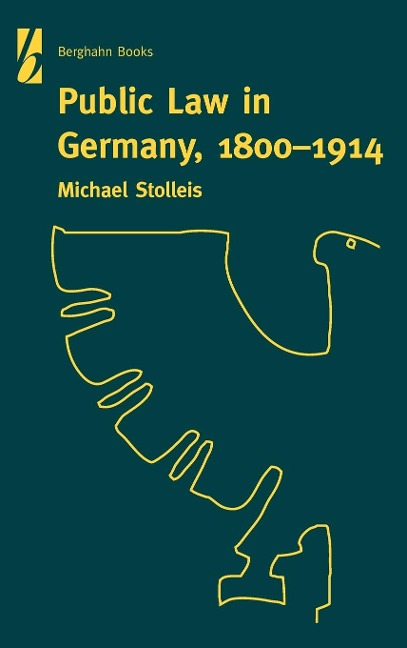 Stolleis has provided a clearly written guide to a complex tradition, and his footnotes are virtually a purchase list of basic reading in early modern political and constitutional theory."  · The American Historical Review

"... the first intellectual history of the ius publicum ... [that] will in all likelihood become the standard work on the subject for decades to come"   · The English Historical Review

"... an imposing work ... nothing comparable has been achieved in a long time ... Now a new standard has been set."  · Der Staat

This study, by one of Germany's most prominent scholars of legal history, examines a period crucial for the history of constitutionalism in this century after the collapse of the Holy Roman Empire of the German Nation in 1806. This was the era of the Congress of Vienna, of the Restoration and the constitutionalist movement, of the Revolution of 1848 and the foundation of the German Empire by Bismarck. All these developments had profound repercussions on the social and constitutional structures of central European society; they invalidated the basic principles of the previous legal system and paved the way for the changes and controversies involved in the formation of a notion of the state and public law in the nineteenth century.

But the history of public law is also marked by continuities, by long-term shits in feudal and criminal law related to the social and political conditions of the period. Integrating intellectual with political history, this book explores the constitutional movements in the literature and scholarship of public law leading to the foundation of the German Confederation, the rise of administrative law with the "German Revolution" of 1848, and the parallels between, and increased separation of, private and public spheres in the epoch of positivism that depoliticized the scholarly investigation of public law and led to the call for the purely legal construction of constitutional law that we have today.

Michael Stolleis has held the Chair of Public Law and Early Modern Legal History at the University of Frankfurt since 1975. Since 1991, he has been the Director of the Max-Planck-Institute for European Legal History. In 1991 he was awarded the Leibniz Award and in 1995 the Swedish Riksbanken Research Award.