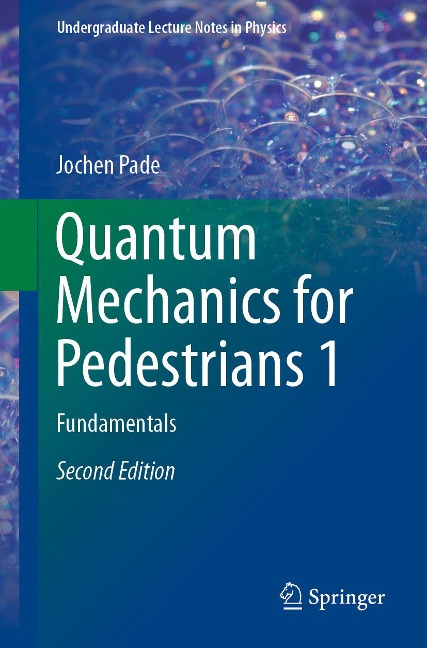 This book, the first in a two-volume set, provides an introduction to the fundamentals of (mainly) non-relativistic quantum mechanics. This first volume chiefly focuses on the essential principles, while applications and extensions of the formalism can be found in volume 2. Including but also moving beyond material that is covered in traditional textbooks on quantum mechanics, the book discusses in detail current issues such as interaction-free quantum measurements or neutrino oscillations, as well as fundamental problems and epistemological questions, such as the measurement problem. A chapter on the postulates of quantum mechanics rounds off this first volume.

In order to quickly and clearly present the main principles of quantum mechanics and its mathematical formulation, there is a systematic transition between wave mechanics and algebraic representation in the first few chapters, in which the required mathematical tools are introduced step by step. Moreover, the appendix concisely reviews the most important mathematical tools, allowing readers to largely dispense with supplementary literature. The appendix also explores advanced topics, such as the Quantum-Zeno effect and time-delay experiments. Over 250 exercises, most of them with solutions, help to deepen the reader's understanding of the topics discussed.

This revised second edition is expanded by an introduction to some ideas and problems of relativistic quantum mechanics. In this first volume, the Klein-Gordon and the Dirac equations are treated. Fundamentals of other areas are compiled in compact form, i.e., outlines of special relativity, classical field theory and electrodynamics.

The book is chiefly intended for student science teachers and all students of physics, majors and minors alike, who are looking for a reasonably easy and modern introduction to quantum mechanics.

Jochen Pade studied Physics in Freiburg, Germany, where he received his PhD in Theoretical Physics in 1978. Since 1980, he has been a lecturer at the Carl von Ossietzky University of Oldenburg, Germany. His main research interests are in theoretical physics, the didactics and popularization of science.