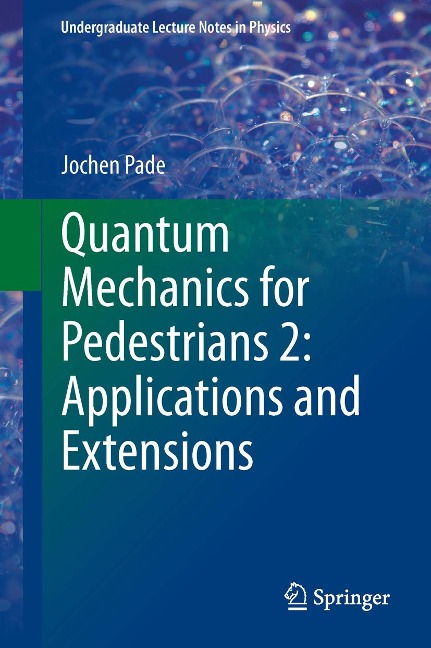 The two-volume textbook Quantum Mechanics for Pedestrians provides an introduction to the basics of nonrelativistic quantum mechanics. Originally written as a course for students of science education, the book addresses all those science students and others who are looking for a reasonably simple, fresh and modern introduction to the field.

The basic principles of quantum mechanics are presented in the first volume. This second volume discusses applications and extensions to more complex problems. In addition to topics traditionally dealt with in quantum mechanics texts, such as symmetries or many-body problems, here also issues of current interest such as entanglement, Bell's inequalities, decoherence and various aspects of quantum information are treated in detail. Furthermore, questions of the basis of quantum mechanics and epistemological issues are discussed explicitly; these are relevant e.g. to the realism debate. A chapter on the interpretations of quantum mechanics completes this volume.
The necessary mathematical tools are introduced step by step; in the appendix, the most relevant mathematics is compiled in compact form. More advanced topics such as the Lenz vector, Hardy's experiment and Shor's algorithm are treated in more detail in the appendix. As an essential aid to learning and teaching, 130 exercises are included, most of them with their solutions.
E-Book 11/2013