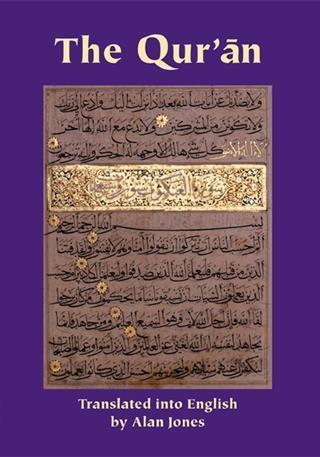 The Qur'an is the sacred book of Islam. For Muslims it is the word of God revealed in Arabic by the archangel Gabriel to the Prophet Muhammad, and thence to mankind. Originally it was delivered orally: traditional sources indicate that Muhammad always recited his message. He was a preacher; he delivered good news; and he warned; thus, the Qur'an is a collection of sermons, exhortations, guidance, warnings and pieces of encouragement. This new translation is unique. The result of decades of study of the text, of the traditional Muslim authorities and of the works of other scholars, special thought has been given to what the text would have meant to its original hearers. The traditional verse structure has been maintained, and where necessary verses have been further divided into sections to indicate where there are natural points for pause, and to emphasize the original oral nature of the text. This is the first translation of the Qur'an to adopt such an approach. The oral nature of the text presents problems for the translator, for recitation frequently gives the text a dimension that does not come across in silent reading. Some previous translators have introduced bridging phrases drawn from past commentators, resulting in interruptions to the flow of the text. Alan Jones's approach underlines the need for a sympathetic response to the oral and aural structures of the Arabic of the Qur'an. An introductory note to each sura provides some background material on the contents of the sura and its dating, and the notes are kept to a minimum. The translation is preceded by a brief Introduction describing the religion and culture of the Arabian peninsula, and the land and its peoples, in the years before Muhammad's birth. There is an account of his life: his early years in Mecca, the hijra, the migration to Medina, and his years there. And there is an account of the Qur'an and the transmission of the text. Alan Jones is a specialist in early Arabic literature, and the author of Early Arabic Poetry, two books of translations and commentary on pre-Islamic poetry. He has been a lecturer and teacher of Arabic at Oxford University for 43 years; now retired he is at work on a commentary to accompany this new translation of the Qur'an. A Festschrift,  Islamic Reflections, Arabic Musings  was published by Oxbow on behalf of the Gibb Memorial Trust, in his honour.