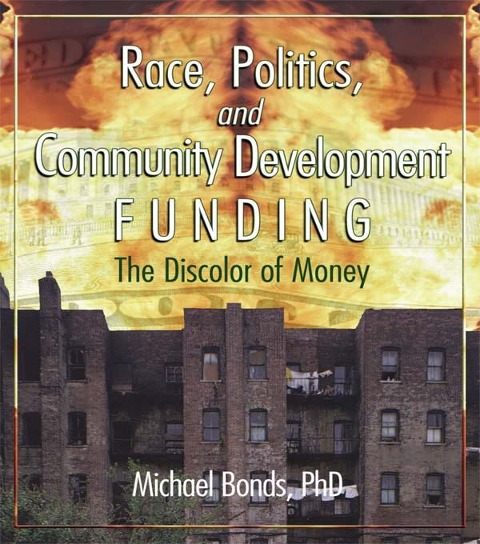 The Discolor of Money

Learn how racial and political bias often contribute to the misuse of funding and affect low income and minority communities!  Share an insider's view of how race and politics impact the distribution of city services and how the promises of elected African Americans and liberal whites to poor communities are often broken. Authored by a noted expert in urban studies, Race, Politics, and Community Development Funding: The Discolor of Money follows federal money designated to alleviate urban poverty and blight at the local level. Using a variety of research methods, the author shows how key actors (mayor, council members, public bureaucrats) often contribute to the misuse of funds.  Race, Politics, and Community Development Funding follows the trail of over $247 million allocated to the city of Milwaukee, Wisconsin, from 1975 to 1997. You'll learn where money designated to address problems of urban blight and poverty really went. Through interviews, participant observation, trace analysis, and a careful review of public records, this illuminating book follows that money and reveals the errors of those who argued that an increase in the number of black elected officials and community activists would result in more resources for low-income areas. Helpful charts, tables, and graphs illustrate the flow of federal dollars.  With Race, Politics, and Community Development Funding you'll gain a better understanding of:  how public bureaucracies are an extension of the executive branch, as opposed to being independent public agencies  how some agencies have used a variety of inaccurate and biased methods and evaluations to fundor not fundcommunity based organizations  the shortcomings of African-American elected officials and biracial coalitions in obtaining resources for minority communities  how education, job training, and youth/family services are as important as who gets elected to office  and more! Race, Politics, and Community Development Funding: The Discolor of Money is a valuable resource for community organizers, low-income and minority advocates, undergraduate and graduate students interested in public policies, elected officials and bureaucrats who make funding and implementation decisions, and everyone interested in racial politics and urban community development.