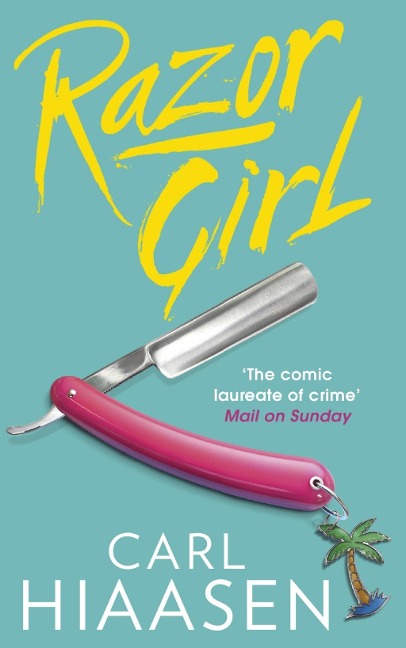 A book of the month in The Times

A thriller of the week in the Mail on Sunday

One of the Guardian Readers' Books of the Year

Key West is a small place, but there are criminal secrets buried everywhere . . .

When jumped-up reality TV star Buck Nance aggravates the crowd in a Key West bar, he incites a riot and vanishes in the melee. His hapless agent Lane Coolman should have been by Buck's side, but has been accidentally taken hostage by two petty criminals who now think they can turn a quick profit by ransoming an LA talent agent.

As the search for Buck continues, the mystery draws in a broad cast of characters from across the island including Andrew Yancy, the disgraced cop who now works restaurants on roach patrol; a delusional fan of Buck's show; the local sheriff who's desperate for re-election; a shady lawyer and his gold-digging fiancée; the gay mayor and his restauranteur partner; a Mafioso hotelier; and a redheaded con artist named Merry who, using a razor blade and a high-speed car, has developed a signature way of luring in her victims.

'if you are unlucky enough not to have read Carl Hiaasen, delay no longer'
Evening Standard

'a joy from first page to last'
Daily Mail