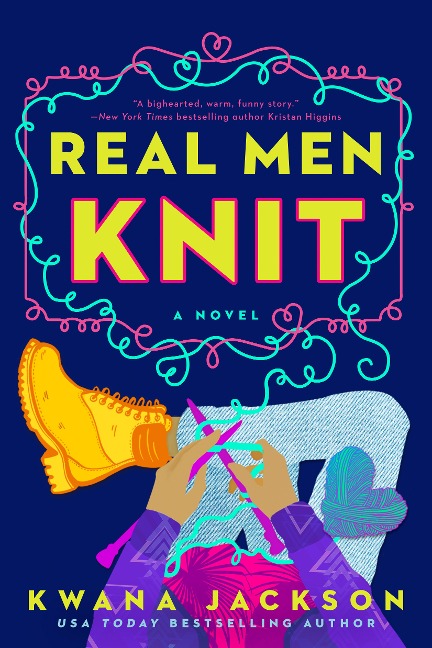 "If you're looking for an easy charmer, this is the novel for you."-Shondaland

When their foster-turned-adoptive mother suddenly dies, four brothers struggle to keep open the doors of her beloved Harlem knitting shop.

Jesse Strong is known for two things: his devotion to his adoptive mom, Mama Joy, and his reputation for breaking hearts. When Mama Joy unexpectedly passes away, he and his brothers have different plans for what to do with Strong Knits, their neighborhood knitting store. Jesse wants to keep the store open. His brothers want to tie off loose ends and close shop....

Part-time shop employee Kerry Fuller has kept her crush on Jesse a secret. When she overhears his impassioned plea to his brothers to keep the knitting shop open, she volunteers to help. Unlike Jesse, Kerry knows the "knitty-gritty" of the business, and together they make plans to reinvent Strong Knits for a new generation.

But the more time they spend together, the stronger the chemistry builds between them. Kerry, knowing Jesse's history, doesn't believe their relationship can last longer than she can knit one, purl two. But Jesse is determined to prove to her that he can be the man for her forever and always. After all, real men knit.

USA Today bestselling author and native New Yorker Kwana Jackson spent her formative years on the A train where she had two dreams: (1) to be a fashion designer and (2) to be a writer. After spending more than ten years designing women's sportswear for various fashion houses, Kwana took a leap of faith and decided to pursue her other dream of being a writer. A longtime advocate of equality and diversity in romance (#WeNeedDiverseRomance), Kwana is the mother of twins and currently lives in a suburb of New York with her husband.

Why Good People Do Bad Things

The Birds of Africa: Volume VII