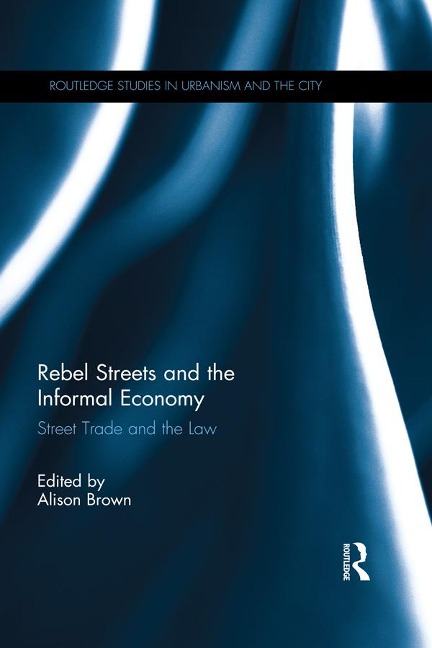 Rebel Streets and the Informal Economy

Street Trade and the Law

Street trade is a critical and highly visible component of the informal economy, linked to global systems of exchange. Yet policy responses are dismissive and evictions commonplace. Despite being progressively marginalised from public space, street traders in the global south are engaged in spatial and political battlegrounds to reclaim space, and claim de facto property rights over their place of work, through quiet infiltration, union power, or direct action.

This book explores 'rebel streets', the challenges faced by informal economy actors and how organised groups are seeking to reframe legal understandings to create new claims to space and urban rights. The book sets out new thinking and a conceptual framework for improved understanding of the plural relationship between law, rights, and space for the informal economy, the contest between traditional, modernist and rights-based approaches to development, and impacts on the urban working poor. With a focus on street trading, the book seeks to reframe the legal context in which modern informal economies operate, drawing on key areas of academic inquiry and case studies of how vendors are staking claim to urban rights.

The book argues for a reconceptualisation of legal instruments to provide a rights-based framework for urban work that recognises the legitimacy of urban informal economies, the scope for collective management of urban resources, and the social value of public space as a site for urban livelihoods. It will be of interest to students and scholars of geography, economics, urban studies, development studies, political studies and law.

Alison Brown is Professor of Urban Planning and International Development in the School of Geography and Planning, Cardiff University, UK. She is an urban planner, whose research focuses on urbanization and development policy, local governance and urban law, livelihoods, the urban informal economy and post-conflict cities, and she has published widely on the informal economy and rights-based approaches to development. She was Principal Investigator on the research project Making Space for the Poor: Law, Rights, Regulation and Street-Trade in the 21st Century, funded by the Economic and Social Research Council (ESRC)/Department for International Development (DFID) Joint Fund for Poverty Alleviation Research, reported in this book. She was an expert adviser to Habitat III, the UN Conference on Housing and Sustainable Urban Development (as a member of Policy Unit 1 on the Right to the City and Cities for All) and has written specialist development Topic Guides for DFID on planning for sustainable cities in the global south and livelihoods and urbanisation. She is a board member of the NGO Reall (formerly Homeless International) and planning adviser to the global network WIEGO (Women in Informal Employment: Globalizing and Organizing).

4. 'Right to the city' and the new urban order

7. Law and the informal economy - the WIEGO law project

10. Revisiting the revanchist city: the changing politics of street vending in Guangzhou

11. Commerce of the street in Sénégal - between illegality and tolerance

12. The politics and regulation of street trading in Dar es Salaam

13. Street trade in post-Arab spring Tunisia - transition and the law