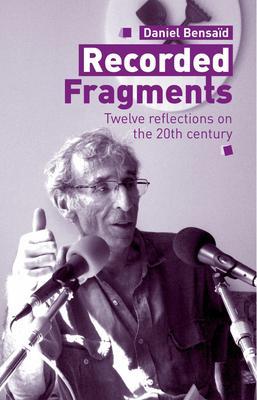 Twelve reflections on the 20th century with Daniel Bensaïd

These interviews with Daniel Bensaïd were a project broadcast on the radio station 'Fréquence Paris Plurielle' (106.3 FM).

During recording sessions in 2007 and 2008, Daniel Bensaïd proposed further interviews on twelve events associated with key dates of the workers' movement. In these, he gives his insight into events such as the October Revolution, the Spanish Civil War, the assassination of Lumumba, the 1973 coup in Chile, the fall of the Berlin Wall.

These twelve events - milestones of the 'short twentieth century' - are necessarily a biased and partial choice. In the interviews, one hears, or rather one reads in this book, some of the main analyses that structure Daniel Bensaïd's thinking, but also that of part of the radical left at the very beginning of the 21st century.