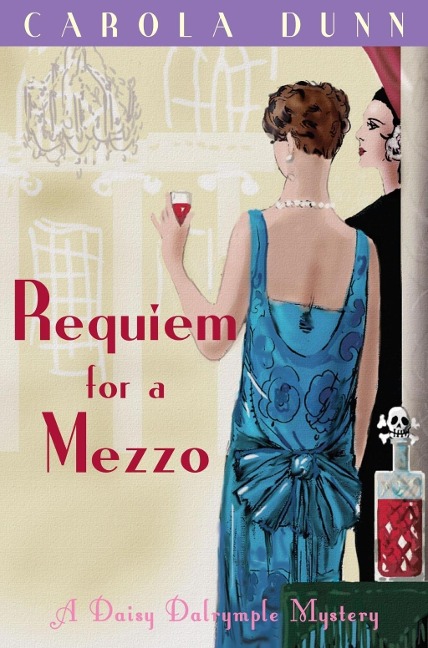 Requiem for a Mezzo

With dashing Scotland Yard detective Alec Fletcher at her side, Daisy Dalrymple is enjoying a splendid performance of Verdi's Requiem featuring her neighbour Muriel Westlea's celebrated sister, Bettina. But the show comes to an abrupt end when what emerges from the star's gifted vocal chords is literally a dying gasp.

Daisy soon learns that the doomed diva was notoriously difficult and had more than her share of enemies. There's a philandering tenor, a burly Russian bass and even her own vocal coach husband, with whom she had a turbulent relationship.

Did one of them poison the singer? Or was it someone determined to see that Daisy's investigation ends on as bitter a note as Bettina's last performance . . .

'Dunn describes 1920s London and the characters in detail and highlights the interplay between Alec and Daisy.' Library Journal