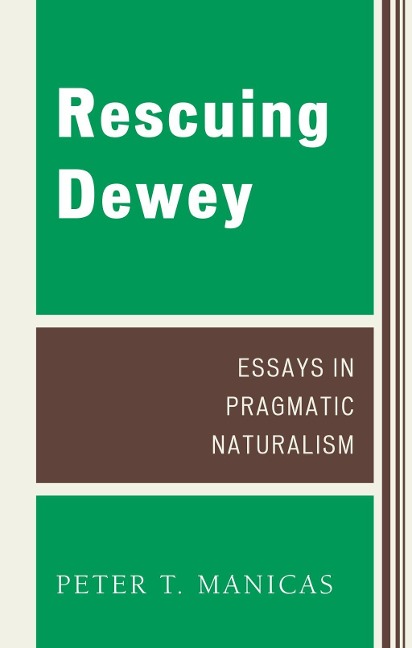 This book rescues an often misunderstood, underappreciated, and radical John Dewey. It centers on his rejection of traditional epistemology for his original and powerful view of "logic"-with serious implications for general philosophy, the philosophy of the human sciences, including psychology, and the philosophy of democracy. The goal of this work is not to try to rescue Dewey from his critics, but to rescue Dewey from his friends-from those who ignore the implications of Dewey's naturalism to those influenced by Richard Rorty who take Dewey's rejection of insurrectionary politics too far. While it is true that Dewey rejected insurrectionary politics and was no "fire-eating leftist," his analysis of the present was radical in the sense that it went straight to the roots. Peter T. Manicas examines how this made Dewey's politics similar to those of Marx in many crucial ways and the positive effort of these essays places Dewey's naturalism at the forefront, resolving some of the tensions and misunderstandings stemming from his body of work. Doing so requires serious reconsideration of some of his most characteristic views on philosophy-especially of logic and epistemology-science, and democracy.

A Convergence of Birds

Dance of the Happy Shades

The God of Small Things: Winner of the Booker P...