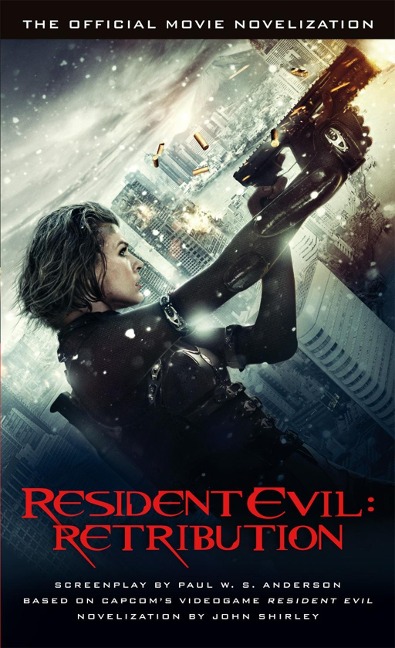 EVIL GOES GLOBAL Just as she finds a safe haven, free from the Undead, Alice is kidnapped by her former employers-the Umbrella Corporation. Regaining consciousness, she finds herself trapped in the most terrifying scenario imaginable. RESIDENT EVIL: RETRIBUTION THE OFFICIAL MOVIE NOVELIZATION The T-virus continues to ravage the Earth, transforming the world's population into legions of flesh-eating monsters. Reunited with friends and foes alike-Rain Ocampo, Carlos Olivera, Jill Valentine, Ada Wong, Leon Kennedy, and even Albert Wesker-she must fight her way back to reality in order to survive. The countdown has begun, and the fate of the human race rests on her shoulders. My name is Alice. And this is my story... the story of how I died.

John Shirley is a critically acclaimed cyberpunk, sci-fi and horror writer, titles include City Come-Walkin' and Dracula In Love. He wrote the first screenplay for The Crow. He has also written many tie-ins including Constantine and Doom. His short story collection Black Butterflies won a Bram Stoker, the International Horror Guild Award and was one of the Publisher's Weekly best books of 1998.

Kleine Helden in Not