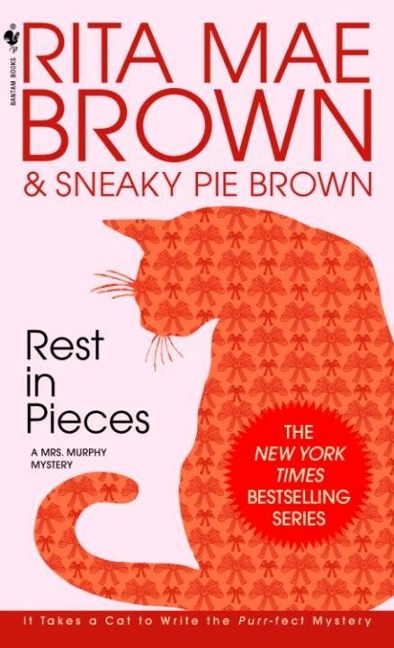 Mrs. Murphy thinks the new man in town is the  cat's meow.... Maybe she should think again.  Small towns don't take kindly to strangers--unless  the stranger happens to be a drop-dead gorgeous and  seemingly unattached male. When Blair Bainbridge  comes to Crozet, Virginia, the local matchmakers  lose no time in declaring him perfect for their  newly divorced postmistress, Marry Minor "Harry  Haristeen." Even Harry's tiger cat, Ms.  Murphy, and her Welsh Corgi, Tee Tucker, believe he  smells A-okay. Could his one little imperfection  be that he's a killer? Blair becomes the most  likely suspect when the pieces of a dismembered corpse  begin tuming up around Crozet. No one knows who  the dead man is, but when a grisly clue makes a  spectacular appearance in the middle of the fall  festivities, more than an early winter snow begins  chilling the blood of Crozet's very best people.  That's when Ms. Murphy, her friend Tucker, and her  human companion Harry begin to sort throughout the  clues . . . only to find themselves a whisker away  from becoming the killer's next  victims.

Rita Mae Brown is the bestselling author of the Sneaky Pie Brown series; the Sister Jane series; A Nose for Justice and Murder Unleashed; Rubyfruit Jungle; In Her Day; and Six of One, as well as several other novels. An Emmy-nominated screenwriter and a poet, Brown lives in Afton, Virginia.

Sneaky Pie Brown, a tiger cat born somewhere in Albemarle County, Virginia, was discovered by Rita Mae Brown at her local SPCA. They have collaborated on numerous Mrs. Murphy mysteries-in addition to Sneaky Pie's Cookbook for Mystery Lovers and Sneaky Pie for President.