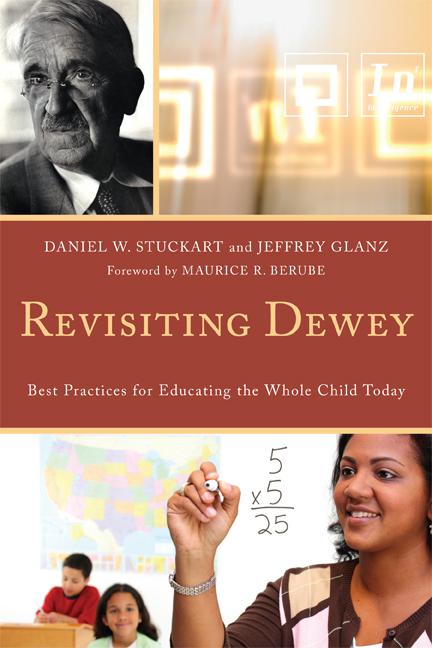 Since the passage of the No Child Left Behind Act of 2001, high-stakes testing has become a ubiquitous feature of public school children's daily rituals. Reform advocates argue that testing leads to greater alignment of the curriculum with teaching and learning, teacher and student accountability, and in some cases, a preservation of our cultural heritage. Opponents contend that testing results in prolific cheating, higher drop-out rates, and a narrowing curriculum with emphases on teaching to the test. Moreover, some evidence suggests that a singular focus on passing the test at all costs leads to neglect in other areas including attending to students' spiritual and ethical needs as well as developing abilities to collaborate with others, communicate effectively, and innovatively solve problems. Nearly a century ago, Dewey proposed a philosophy of education addressing the needs of the whole student. He provided insights into the development of intelligence, the importance of socially useful skills, and the healthy growth of the individual. In the context of high-stakes testing and best practices, his insights may be more prescient than ever.

Part 1 Part I: Fundamental Issues in Educating the Whole Child
Chapter 2 Creating a Curriculum for Teaching the Whole Child
Chapter 3 Changing Demographics: Promoting the New Democracy, Education, and the Whole Child
Chapter 4 Subverting the Whole Child through Narrowing of the Curriculum and Teaching to the Test
Chapter 5 Critiquing Scientific Dogmatism in Education with Implications for Current Supervisory and Administrative Practice within a Standards-Based Environment
Chapter 6 Implementing Inquiry, Holistic Learning through Technology
Chapter 7 Advocating for the Disenfranchised Exceptional Child in an Era of High-Stakes Education
Chapter 8 Realizing Our Ethical Responsibilities as Educators
Part 9 Part II: Voices from the Field
Chapter 10 The Relevance of Dewey's Work
Chapter 11 School Reform in New York City: The Impact of NCLB
Chapter 12 Combating Poverty in Light of the Attack on Deweyan Democracy
Part 13 Part III: The Dewey Schools
Chapter 14 Democracy and Education for All Children