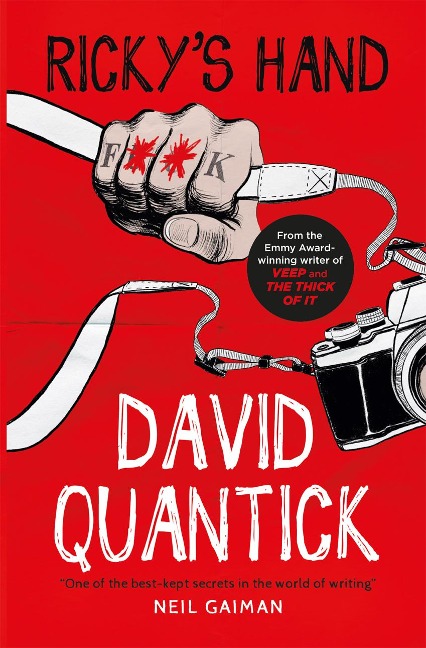 A funny, violent and thoughtful story set in Florida about the way misfits bond together from the Emmy Award-winning writer of Avenue 5, Veep and The Thick of It

Ricky Smart is a nobody, a Miami Beach paparazzo who lives in a cheap apartment and scrapes a living snapping celebs. One day Ricky wakes up, and realises there's something wrong with his hand.  It's not his hand. In fact, it's someone else's hand. How does he know it's not his? Because it looks different, it feels different and - perhaps the biggest clue- it has a four-letter word tattooed across the knuckles.

Then a week later, his other hand changes.  A few days after that, Ricky gets a new arm...

Ricky is losing his mind as well as his body parts, but he has to eat and pay rent so he manages to get things together enough to pursue his seedy paparazzi career. He's after candid shots of pop sensation and local girl Scala Jaq, who's staying in town. He trails Scala, who has a secret of her own, and to his surprise and shock comes across her at a support group for people with an unusual condition, led by an overly enthusiastic guy called Don. Scala and Ricky team up when they begin to suspect Don, who tells them he's a time-travelling policeman with an interest in Ricky's problem.

David Quantick is an Emmy Award-winning television writer for such shows as Avenue 5, Veep, The Thick of It and The Day Today. He is the author of All My Colors, Sparks, The Mule, and two writing manuals: How To Write Everything and How To Be A Writer. Find him at www.davidquantick.com or @quantick on Twitter.