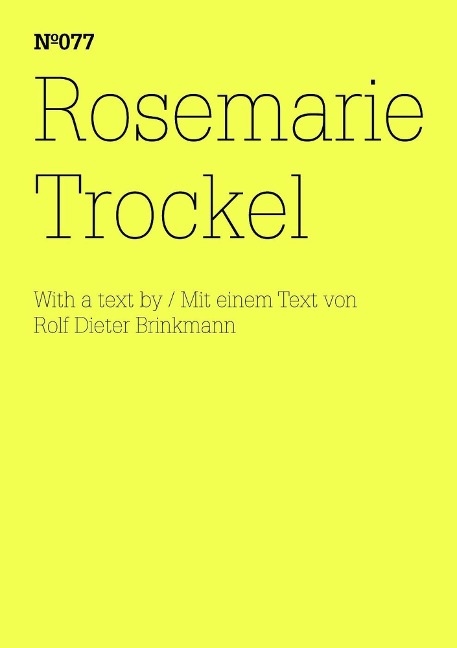 In slow motion, the writer Rolf Dieter Brinkmann (1940-1975) zooms down a side street off a long, paved street, along whitish-gray facades, dark front doors, the black-green silhouettes of pot plants behind windowpanes, and finally into one of the yellow-lit embrasures. On the armchair in a middle-class living room lies an open newspaper-the photo shows a group of people looking up at a window. The short story "An Incident" describes an evening in September, somewhere in Germany: a quiet residential neighborhood, an apartment building, a brawl in front of a restaurant, a drunken man, a suicide attempt, a fire-department operation, passersby and onlookers. A woman in the settlement has locked herself in, barricaded the door with closets, and, supposedly, turned on the gas. The literary trip works with perspective shifts and déjà vu. It is accompanied with images by Rosemarie Trockel: associative black-and-white photographs from the years 1995 to 2011, among them film stills and details of artworks, fragmentary and cryptic like the story Trockel has chosen for her notebook.