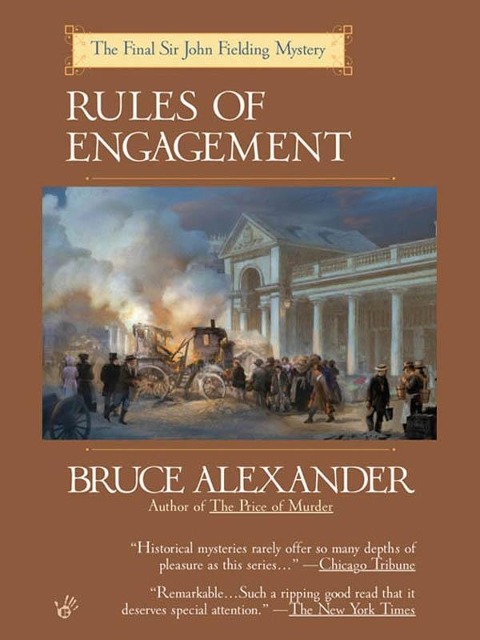 When Lord Lammermoor plunges to his death from Westminster Bridge before a dozen witnesses, his death is ruled a suicide. But his fatal leap coincides with the arrival of Dr. Goldsworthy-a student of the famous Dr. Anton Mesmer and his research into animal magnetism. Sir John's suspicions grow when he learns that Goldsworthy's patron in London is none other than the beautiful Lady Lammermoor. And the deeper Jeremy investigates the Lammermoor family, the more suspects he discovers who stand to gain from Lord Lammermoor's death.

Bruce Alexander was the pseudonym for Bruce Cook. He died in 2003 having completed most of Rules of Engagement and left notes on how the rest of the story unfolded. John Shannon, author of the highly praised Jack Liffey series, most recently Terminal Island, completed the novel with Bruce's wife, J. Aller Cook.