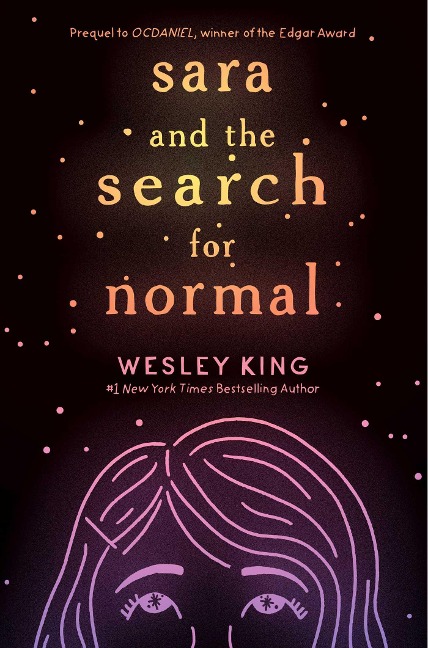 Sara and the Search for Normal

"Readers will appreciate [Sara] as good literary company even as they develop sympathy for her struggles." —BCCB
"It's the vivid, insightful depiction of Sara's internal struggles that readers will remember." —Booklist
"A must-buy." —School Library Journal (starred review)

In this prequel to the Edgar Award-winning OCDaniel, fan-favorite Sara quests for "normal" and finds something even better along the way.

Sara's Rules to be Normal

Sara wants one thing: to be normal. What she has instead are multiple diagnoses from Dr. Ring. Sara's constant battle with False Alarm—what she calls panic attacks—and other episodes cause her to isolate herself. She rarely speaks, especially not at school, and so she doesn't have any friends. But when she starts group therapy she meets someone new. Talkative and outgoing Erin doesn't believe in "normal," and Sara finds herself in unfamiliar territory: at the movies, at a birthday party, and with someone to tell about her crush—in short, with a friend. But there's more to Erin than her cheerful exterior, and Sara begins to wonder if helping Erin will mean sacrificing their friendship.

Wesley King is the author of the Edgar Award-winning OCDaniel, which Booklist praised as "complex and satisfying" in a starred review. It was named a Bank Street Best Book of the Year and received Canada's Silver Birch Award. Its companion, Sara and the Search for Normal, received a starred review from School Library Journal.  King's first middle grade novel, The Incredible Space Raiders from Space!, was called "a well-drafted coming-of-age story" by Publishers Weekly. King is also the author of Kobe Bryant's New York Times bestselling Wizenard series. He lives in Nova Scotia.