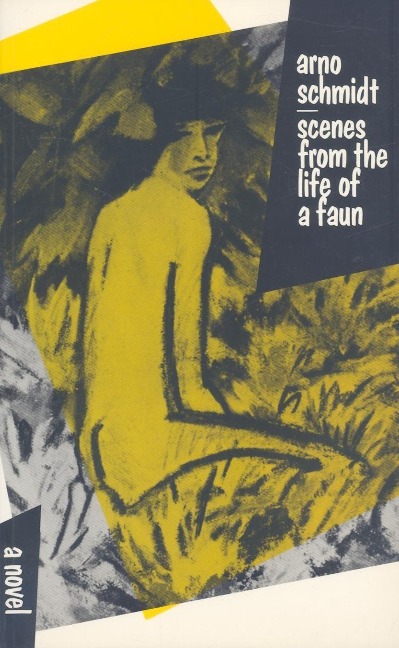 Scenes from the Life of a Faun

It's too bad, really, that this 1953 novella didn't arrive here before the 1980 translation of Schmidt's dauntingly dense and Joycean Evening Edged in Gold: it might have made the latter's excesses and impossibilities seem a bit more coherent. For, as this shorter but no less literary book amply demonstrates, Schmidt (1914-1979) was a continuously outrageous imagist and a kind of stonemason of self-perceptive prose: block by block, the story builds on, knocking the sides off anything that finally isn't about literary style. Set in 1939, the book focuses on Heinrich During, a bureaucrat with large scorn for his Nazi bosses and for his countrymen's willful obtuseness; During also has a frigid wife and a comically throbbing lust for an office typist, Fraulein Kramer. And, in a cascade of tropes, each one paragraph-sized and introduced by a seemingly unconnected rubric (which however acts as the note to which the successive prose-block is tuned), During observes the moon in a dozen flowery aspects, considers the merits of Gnosticism and the works of Wieland, surveys a local district, or experiences a department store: "Rifles barrel bamboo reptiles glasses twitter dunes of coffee lips gone crooked buckled clucking words out trotting rippling hot-dogs bronzed with dots of mustard scales with clawing pointers subtle yellow tiny show-offs thick potboilers brash trash photos rigid jackets upright stairways ramble rosy gristled earfuls napes of buffet-worthy matriarchs with earnest censure luggage boxing doorways flailing as you leave." All the while, too, During prepares for the catastrophe of defeat he knows the Allies have in store: he lays in supplies at a forest hide-out - to which he brings Fraulein Kramer during the climactic, horrifying, gorgeously described firestorm (Schmidt's style really pays off here). A fine, stimulating book altogether - which, in Woods' extraordinarily vital and brilliant translation, may do what the white-elephant-like Evening Edged in Gold failed to do: establish Schmidt - whom the Germans consider a major modernist figure - as an important writer for the English-speaking literary world. (Kirkus Reviews)

Heart of the Original

Bumf Vol. 1: I Buggered the Kaiser

The School for Atheists: A Novella-Comedy in 6 ...

Sex-Magic-Poetry-Cornwall: The Poems of Peter R...

Notes From A Defeatist

The Wise Wound: Menstruation and Everywoman 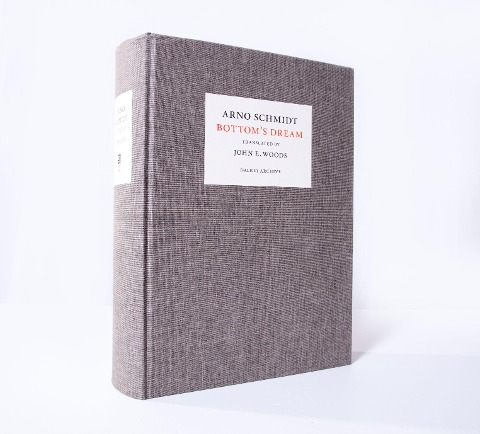 Nobodaddy's Children: Scenes from the Life of a...