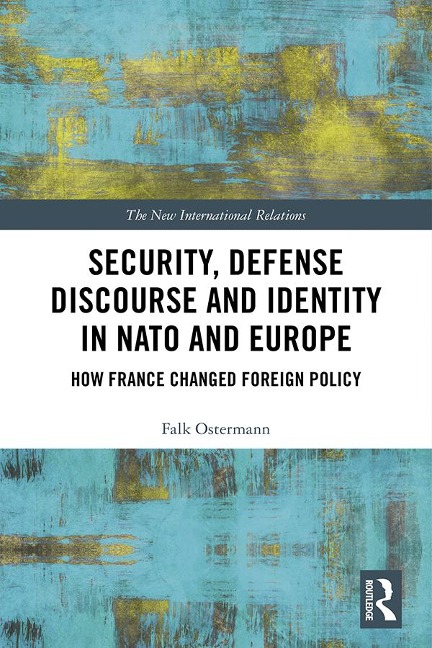 Security, Defense Discourse and Identity in NATO and Europe

Analyzing changes in the role and place of NATO, European integration, and Franco-American relations in foreign policy discourse under Presidents Jacques Chirac and Nicolas Sarkozy, this book provides an original perspective on French foreign policy and its identity construction.

The book employs a novel research design for the analysis of foreign policies, which can be used beyond the case of France, by combining the discourse theory of the Essex School with Interpretive Policy Analysis to examine political ideas and how they are organized into a foreign policy identity. On these grounds, the volume undertakes a comparative analysis of parliamentary and executive discourse of President Chirac's failed attempt at NATO reintegration in the 1990s, Sarkozy's successful attempt in the 2000s, and the Libyan War. Ostermann depicts French foreign policy and identity as turning away from the European Union, atlanticizing, and losing its American nemesis. As a result, France uses a much more pragmatic, de-unionized, and pro-American strategy to implement foreign policy objectives than before.

Offering a new and innovative explanation for a major change in French foreign policy and grand strategy, this book will be of great interest to scholars of NATO, European defense cooperation, and foreign policy.

4. The Normalization of French CSDP Policies during the Libyan War - Identity Reconstructed

6. Epilogue: Continuity or Change with Hollande and Macron?