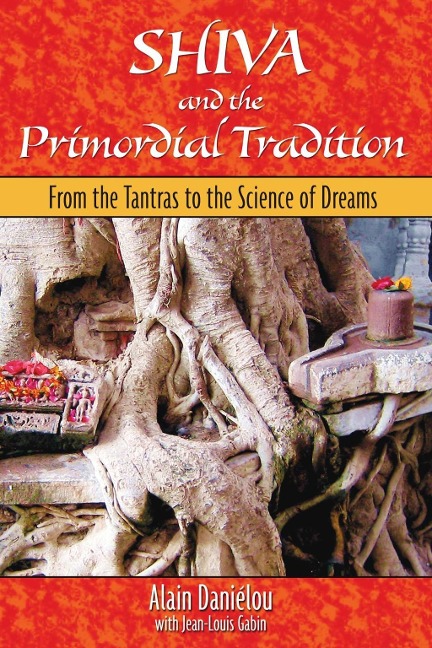 Shiva and the Primordial Tradition

From the Tantras to the Science of Dreams

An extensive examination of the underpinnings of the Shaivite Tradition

• Reveals the influence of Shaivism on the Western world

• Presents the connections between Vedic poetry and metaphysics

In Shiva and the Primordial Tradition, Alain Daniélou explores the relationship between Shaivism and the Western world. Shaivite philosophy does not oppose theology, cosmology, and science because it recognizes that their common aim is to seek to understand and explain the nature of the world. In the Western world, the idea of bridging the divide between science and religion is just beginning to touch the edges of mainstream thought.

This rare collection of the late author's writings contains several never-before-published articles and offers an in-depth look at the many facets of the Samkhya, the cosmologic doctrines of the Shaivite tradition. Daniélou provides important revelations on subjects such as the science of dreams, the role of poetry and sexuality in the sacred, the personality of the great Shankara, and the Shaivite influence on the Scythians and the Parthians (and by extension, the Hellenic world in general). Providing a convincing argument in favor of the polytheistic approach, he explains that monotheism is merely the deification of individualism--the separation of humanity from nature--and that by acknowledging the sacred in everything, we can recognize the imprint of the primordial tradition.

Alain Daniélou (1907-1994) spent more than 15 years in the traditional society of India, using only the Sanskrit and Hindi languages and studying music and philosophy with eminent scholars. He was duly initiated into esoteric Shaivism, which gave him unusual access to texts transmitted through the oral tradition alone. He is the author of more than 30 books on the religion, history, and arts of India and the Mediterranean.

An Introduction to Alain Daniélou and the Discovery of the Divine

The Shaivite Revival from the Third to the Tenth Centuries c.e.

The Symbolism of the Linga

The Science of Dreams

The Nature of Beauty According to the Samkhya

Music: The Language of the Gods

The Secret of the Tantras

Shaivism and the Primordial Tradition

Appendix: Light on Samkhya and Poetry by Jean-Louis Gabin

Origin of the Texts