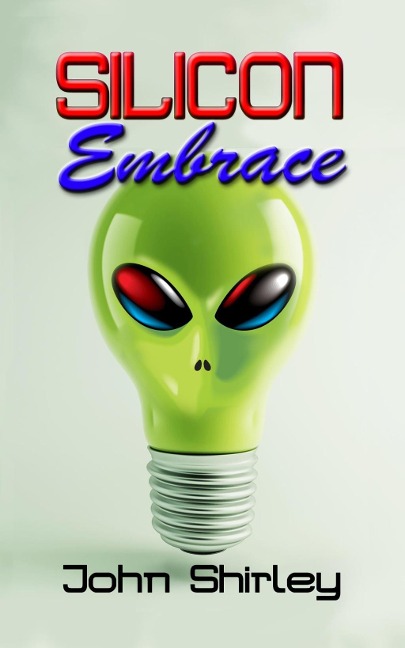 A near-future where technology and ancient spiritual secrets merge into something very strange... something as strange as a silicon embrace. America has suffered ecological breakdown and the Second Civil War. But the balkanization of the U.S.-along with humanity's secret history and what has really been going on in Area 51 and UFOs for decades-are all part of a startling convergence which will transform humanity... or destroy it.

"John Shirley has written the best novel of his career. Mature yet youthfully indignant, spiritually insightful yet carnally streetwise, his new book is aboil with ideas and action, full of keen-eyed speculations for the future and daring revisions of history."-Asimov's

"Angels and aliens alike figure in this metaphysical SF novel from proto-cyberpunker Shirley, who here throws UFOs, black helicopters, several major biblical figures and spiritual transcendence into the early 21st century... it's clear that the author is having fun tying together disparate UFO, conspiracy and New Age myths; readers will have fun watching him do the tying, too."-Publishers Weekly