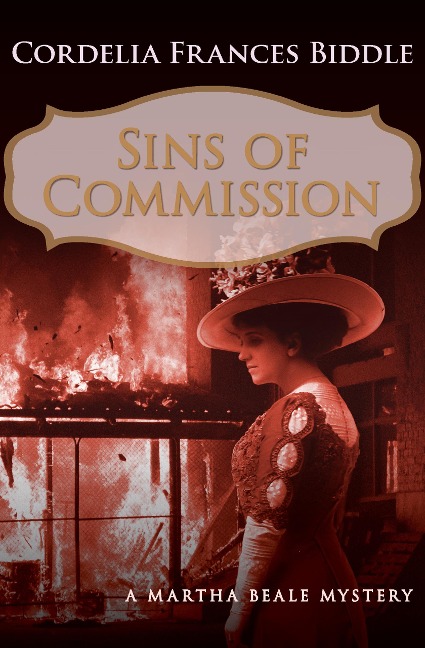 A society woman struggles to solve cases of arson and abduction in Victorian-era Philadelphia, in the series praised as "a fine mix of history and mystery" (Booklist).

In nineteenth-century Philadelphia, a case of arson turns lethal-but who was the perpetrator and what was the motive? While Thomas Kelman, Martha Beale's beau, investigates the blaze, her adoptive daughter, Ella, is abducted. Then another fire destroys the home of industrialist Darius Rause, killing his adulterous wife. Is there a connection between the crimes? Martha and Kelman work to find an answer as they fight to rescue Ella before she also perishes, in this fast-paced historical crime novel in which duplicity reigns and the destinies of rich and poor collide.

Praise for the Martha Beale Mysteries

"Exceptional attention to period detail helps transport the reader to a past very unlike our own and yet so similar." -Publishers Weekly

"Biddle successfully uses 19th-century Philadelphia, mining the landscape for the kinds of jewels that illuminate a good mystery, and shaping characters that ring true to the elements of their creation." -The Philadelphia Inquirer

Cordelia Frances Biddle is the author of the Martha Beale Mystery series. A member of one of Philadelphia's oldest families, she uses many of her actual ancestors as characters in her historical mysteries. She also cowrote the Nero Blanc Crossword Mystery series with her husband, Steve Zettler, with whom she lives in Philadelphia. Her website is www.cordeliafrancesbiddle.net.