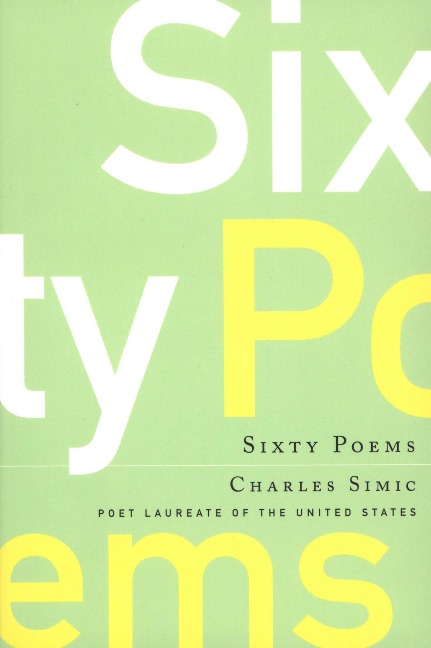 From the Pulitzer Prize winning poet comes this "nearly perfect collection issued to celebrate his being named poet laureate of the United States" (The New York Times).

Charles Simic has been widely celebrated for his slyly original poetic imagery; his social, political, and moral alertness; his uncanny ability to make the ordinary extraordinary; and, not least, his sardonic humor. Gathering much of his material from the seemingly mundane minutiae of American culture, Simic unpacks spiritual concerns and the weight of history with a nimble wit, shifting between moments of clear vision and intense poetic revelation.

"It takes just one glimpse of Charles Simic's work to establish that he is a master, ruler of his own eccentric kingdom of jittery syntax and signature insight."-Los Angeles Times

"Few poets have been as influential-or as inimitable."-The New York Times Book Review