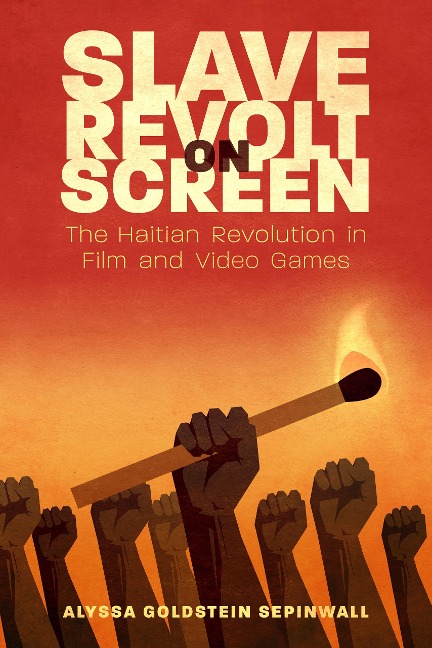 The Haitian Revolution in Film and Video Games

In Slave Revolt on Screen: The Haitian Revolution in Film and Video Games author Alyssa Goldstein Sepinwall analyzes how films and video games from around the world have depicted slave revolt, focusing on the Haitian Revolution (1791-1804). This event, the first successful revolution by enslaved people in modern history, sent shock waves throughout the Atlantic World. Regardless of its historical significance however, this revolution has become less well-known-and appears less often on screen-than most other revolutions; its story, involving enslaved Africans liberating themselves through violence, does not match the suffering-slaves-waiting-for-a-white-hero genre that pervades Hollywood treatments of Black history.

Despite Hollywood's near-silence on this event, some films on the Revolution do exist-from directors in Haiti, the US, France, and elsewhere. Slave Revolt on Screen offers the first-ever comprehensive analysis of Haitian Revolution cinema, including completed films and planned projects that were never made.

In addition to studying cinema, this book also breaks ground in examining video games, a pop-culture form long neglected by historians. Sepinwall scrutinizes video game depictions of Haitian slave revolt that appear in games like the Assassin's Creed series that have reached millions more players than comparable films. In analyzing films and games on the revolution, Slave Revolt on Screen calls attention to the ways that economic legacies of slavery and colonialism warp pop-culture portrayals of the past and leave audiences with distorted understandings.