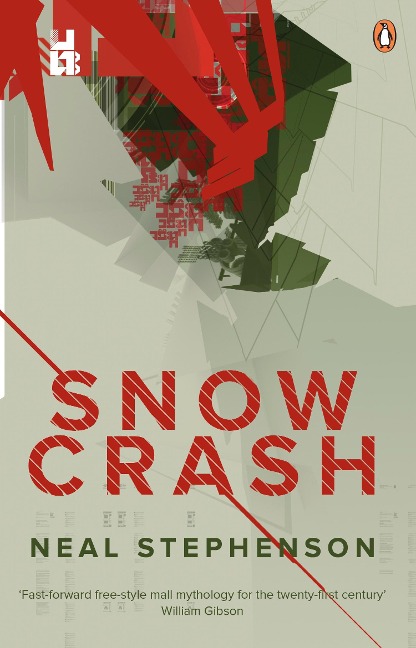 "This Snow Crash thing--is it a virus, a drug, or a religion?"
Juanita shrugs. "What's the difference?"

The only relief from the sea of logos is within the well-guarded borders of the Burbclaves. Is it any wonder that most sane folks have forsaken the real world and chosen to live in the computer-generated universe of virtual reality?

In a major city, the size of a dozen Manhattans, is a domain of pleasures limited only by the imagination. But now a strange new computer virus called Snow Crash is striking down hackers everywhere, leaving an unlikely young pizza delivery man as humankind's last best hope.

What readers are saying about Snow Crash:

'It's hard to believe Neal wrote his books when the published date claims. He's always so right about the future, and I keep on hoping he's so wrong' Goodreads Reader Review

'Loved it! Can't recommend it highly enough. Everyone should read this book. Go do it. Do it now. It's just awesome. You won't regret it' Goodreads Reader Review

'It's hilarious and mind-blowing. From the first page to the last, I was amazed at just how much influence this book has had on TV, movies, etc.' Goodreads Reader Review

War of the Bastards

Culture and Neural Frames of Cognition and Comm...

Six Degrees: Our Future on a Hotter Planet