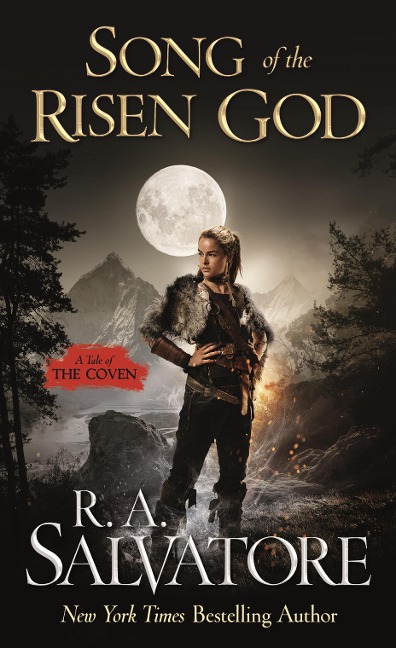 Song of the Risen God

A Tale of the Coven

The thrilling conclusion to the Coven Trilogy from New York Times bestselling author, R. A. Salvatore.

The once forgotten Xoconai Empire has declared war upon the humans west of the mountains, and their first target are the people of Loch Beag. Lead by the peerless general, Tzatzini, all that stands in the way of the God Emperor's grasp of power is Aoelyn, Talmadge, and their few remaining allies.

But not all hope is lost. Far away from Fireach Speuer, an ancient tomb is uncovered by Brother Thaddeus of the Abellican Church. Within it is the power to stop the onslaught of coming empire and, possibly, reshape the very world itself.