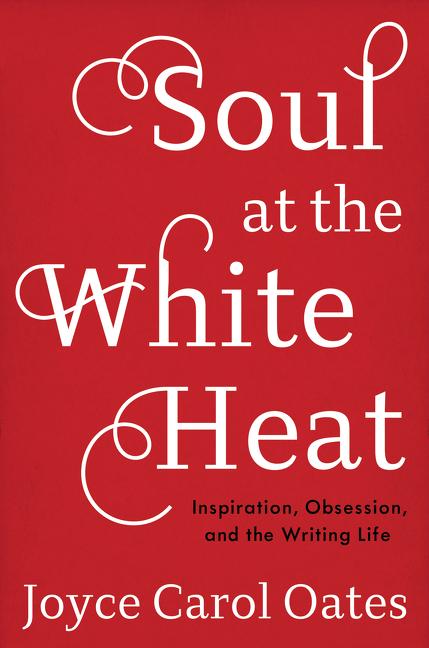 Soul at the White Heat: Inspiration, Obsession, and the Writing Life

With this question, Joyce Carol Oates begins an imaginative exploration of the writing life, and all its attendant anxieties, joys, and futilities, in this collection of seminal essays and criticism. Leading her quest is a desire to understand the source of the writer's inspiration?do subjects haunt those that might bring them back to life until the writer submits? Or does something "happen" to us, a sudden ignition of a burning flame? Can the appearance of a muse-like Other bring about a writer's best work?

In Soul at the White Heat, Oates deploys her keenest critical faculties, conjuring contemporary and past voices whose work she deftly and creatively dissects for clues to these elusive questions. Virginia Woolf, John Updike, Emily Dickinson, Henry James, J. M. Coetzee, Margaret Atwood, Joan Didion, Zadie Smith, and many others appear as predecessors and peers?material through which Oates sifts in acting as literary detective, philosopher, and student. The book is at its most thrilling when watching the writer herself at work, and Oates provides rare insight into her own process, in candid, self-aware dispatches from the author's own writing room. The New York Times Book Review has raved, "who better than Joyce Carol Oates . . . to explicate the craft of writing?" Longtime admirers of Joyce Carol Oates's novels as well as her prose will discover much to be inspired by and obsess upon themselves in this inventive collection from an American master.

Joyce Carol Oates is a recipient of the National Medal of Humanities, the National Book Critics Circle Ivan Sandrof Lifetime Achievement Award, the National Book Award, and the 2019 Jerusalem Prize, and has been several times nominated for the Pulitzer Prize. She has written some of the most enduring fiction of our time, including the national bestsellers We Were the Mulvaneys; Blonde, which was nominated for the National Book Award; and the New York Times bestseller The Falls, which won the 2005 Prix Femina. She is the Roger S. Berlind Distinguished Professor of the Humanities at Princeton University and has been a member of the American Academy of Arts and Letters since 1978.