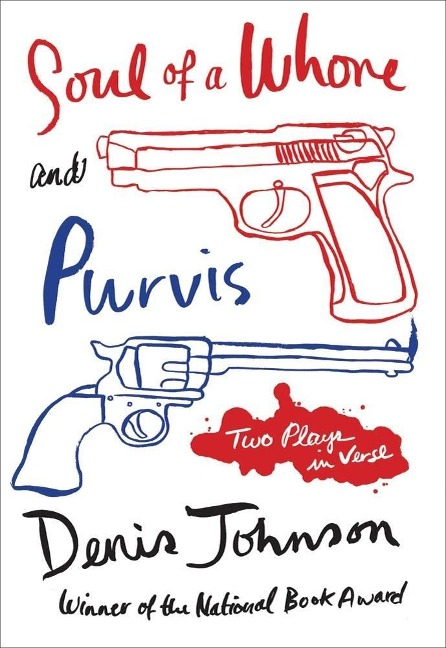 Soul of a Whore and Purvis

In his poetry, short stories, novels, and plays, the National Book Award-winning author Denis Johnson has explored the story of America-especially of the West, land of self-made men and self-perpetuating myths-with searing honesty and genuine sympathy. These two plays, written in verse at once hypnotic and clear, confirm his position as one of our great verbal stylists and a literary conscience for our times.

In Soul of a Whore, a lively cast of characters-faith healers, pimps, strippers, actual demons-converge, with unexpected hilarity, as Bess Cassandra awaits execution for the murder of her infant daughter. Purvis's seven reverse-chronological scenes catalog the fall and rise of Melvin Purvis, the G-man who brought down John Dillinger and Charles Arthur "Pretty Boy" Floyd. Johnson takes us from Washington's back rooms to a Midwestern cornfield, dramatizing the seductive allure of power and our own human capacity for both pettiness and grace.

In these furiously entertaining, occasionally terrifying works, Johnson chronicles and questions America's myths, heroes, and everyday realities with verve and elegance, revealing himself once again to be at the height of his linguistic and insightful powers.