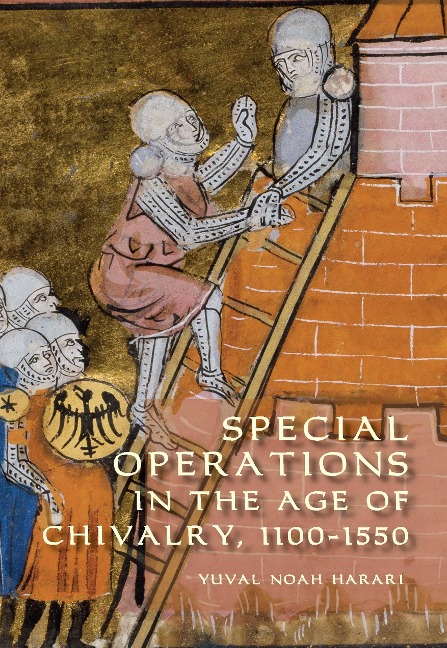 Alongside the familiar pitched battles, regular sieges, and large-scale manoeuvres, medieval and early modern wars also involved assassination, abduction, treason and sabotage. These undercover operations were aimed chiefly against key individuals, mostly royalty or the leaders of the opposing army, and against key fortified places, including bridges, mills and dams. However, because of their clandestine nature, these deeds of "derring-do" have not been studied in any detail, a major gap which this book fills. It surveys a wide variety of special operations, from the eleventh to the sixteenth century. It then analyzes in greater depth six select and exciting operations: the betrayal of Antioch in 1098; the attempt to rescue King Baldwin II from the dungeon of Khartpert in 1123; the assassination of Conrad of Montferrat in 1192; the attempt to storm Calais in 1350; the "dirty war" waged by the rulers of France and Burgundy in the 1460s and 1470s; and the demolition of the flour mill of Auriol in 1536.

Professor YUVAL NOAH HARARI teaches at the Hebrew University of Jerusalem, and is the author of the international bestseller Sapiens: A Brief History of Humankind.

Special Operations, Strategy and Politics in the Age of Chivalry: An Analytical Overview
The Gateway to the Middle East: Antioch, 1098
Saving King Baldwin: Khartpert, 1123
The Assassination of King Conrad: Tyre, 1192
For a Sack-full of Gold Écus: Calais, 1350
Princes in the Cross-Hairs: The Rise and Fall of Valois Burgundy, 1407-1483
The Mill of Auriol: Auriol, 1536
Conclusions
Works cited
Index